20 signs a younger man likes an older woman will teach you how to tell if a younger man’s true feelings are deeper than just a casual flirtation so you can avoid the same heartache many other women have experienced. 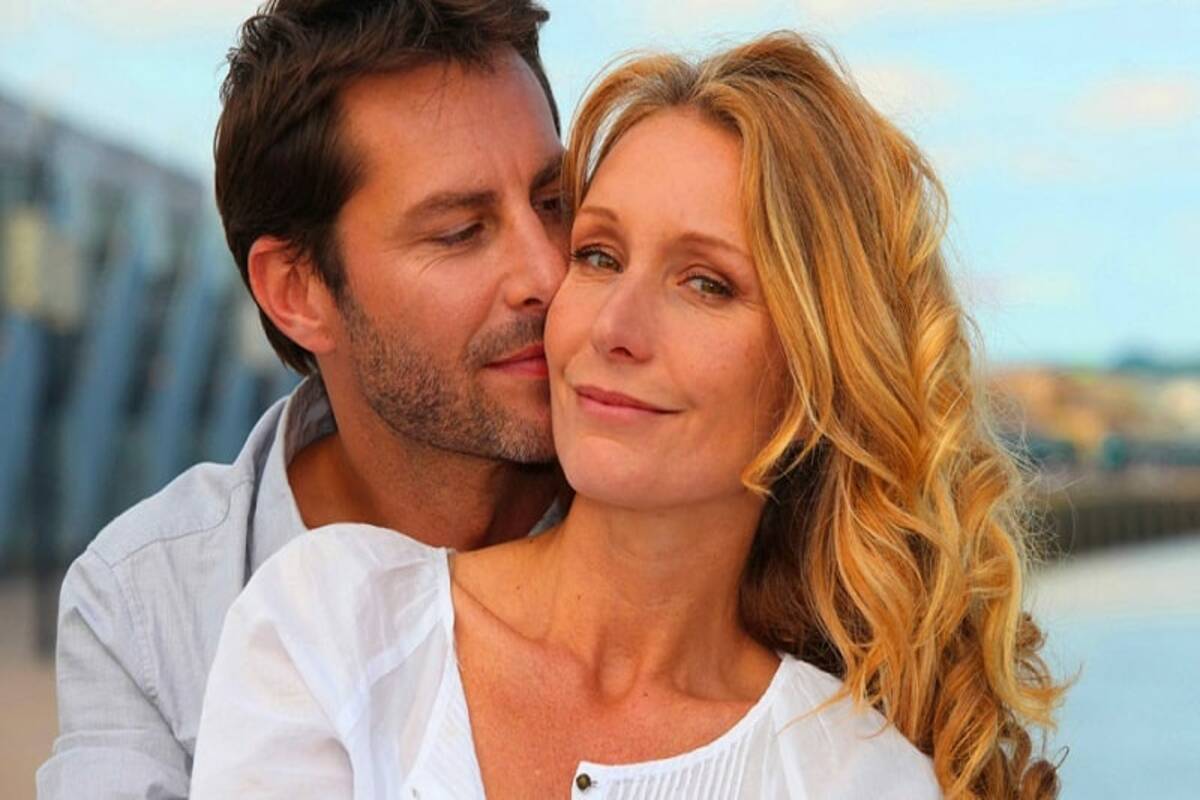 He Contacts You Often

He Asks You Questions And Listens To Your Answers

Younger men are very curious about life and they want to learn as much as possible from older women who have already been through some experiences in life. If he asks you questions and listens to your answers, it means that he has a genuine interest in getting to know more about your experiences in life and how you perceive things differently than him.

He Likes A Good Conversation With You

Men love talking about themselves, but when they like someone else or want to impress them, they will ask questions and listen attentively instead of talking too much about themselves all the time during a conversation with them just to impress them with their knowledge or experience on something. If his conversations with you are always lively and full of energy, then it means that he has genuine interest

He Compliments You Appearance And Personality

When a younger man compliments an older woman on her appearance or personality, it shows that he likes her for who she really is — inside and out — not just for how she looks physically. This makes an older woman feel good about herself because she knows he appreciates all aspects of who.

He Touches You A Lot

Perhaps the most overt sign of attraction is frequent touching. This is not something a man does with his pals, especially in areas of the body that are more erogenous. He only does it when the older women are potential dates.

He Is Very Affectionate

When a guy is interested in you, he will probably show it by being very affectionate. This is especially true if he’s younger than you. He’ll want to hold your hand, give you a hug or a kiss on the cheek when he sees you. He’ll also want to spend as much time with you as possible.

He Asks For Your Advice

If he wants your advice about something, then that means he cares what you think about it and respects your opinion. For example, if he needs help with his homework or wants advice on how to deal with an issue at work, then this means that he respects your knowledge and skills enough to ask for help from someone older than him.

He Talks About You A Lot

If he talks about his partner all the time, then it’s likely that he really likes her. If he goes on and on about what she wore, what they did together or how much he misses her when they’re apart, then it’s very possible that this relationship is going well.

If he brings up his partner at every opportunity, then it may be because he wants you to know how great she is — or maybe even want you to ask about her so that you can get a chance to see her in person.

He Shows Interest In What You Do

A younger man who likes an older woman will show interest in what she does for work and how she spends her free time. He’ll also want to know about her hobbies, interests, and passions as well as what kind of food she likes best and where she likes to go on vacation. He will be curious about everything from how much money she makes per year.

He Tries To Impress You

This is one of the most obvious signs to look out for because it’s easy to notice. Men who admire women who are older than them will try to impress them and make themselves look good in front of them. They will do things such as dress up nicely when they know they’re going out with her, or take more care over their appearance when they know she will be seeing them later on that day. 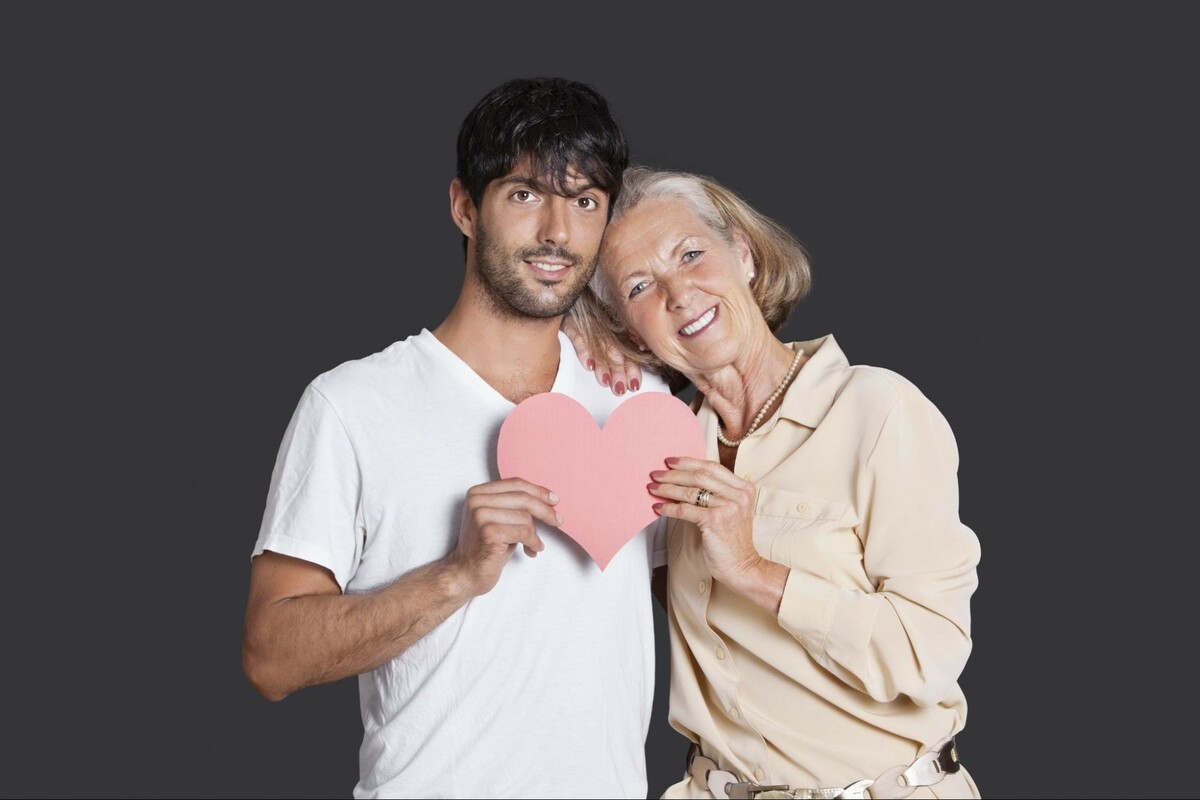 He Does What He Can Be Friend Your Friends

A younger man who has a crush on an older woman will do what he can to be friends with her friends. He wants to be around her as much as possible, and if he can’t be with her, he’ll want to be around those who can.

If you notice that he seems to know everyone in the room, but especially the women, then this could be a sign that he’s trying to make a good impression on you by being friendly with your friends.

He Makes A Lot Of Jokes

If a younger man likes an older woman, he will often make jokes about it. He may make a lot of jokes about how old she is and how young he is. This can be seen as a way to let her know that he is attracted to her, but it is also a way for him to make sure that she knows that he has confidence in himself and does not care what other people think about their relationship.

He Tries To Hide His Weaknesses

If you notice that your guy is trying to hide his weaknesses from you, this may be a sign that he likes you. He might be doing it because he wants to impress you or because he doesn’t want to appear weak in front of you. However, if he continues to hide things after being caught, then this could be a sign that he has deeper feelings for you than just being friends.

He Gazes At You In A Special Way

A younger man who likes an older woman will actually take the time to compliment her on things other than her looks. He’ll notice things about your personality, even if they aren’t immediately obvious. He’ll tell her what she means to him without feeling as though he has to make himself look good at the same time.

He Wants To Know All About You

If he wants to know all about you, then he likes you. A younger man likes an older woman when he’s interested in her life and wants to know more about her.

When a younger man likes an older woman, he will ask questions about her past and future. He’ll ask about her children, if she has any and what she did with them. He’ll ask what she did for a living before she retired and if she plans on retiring soon. He’ll ask where she goes on vacation and if there is anywhere that she would like to visit but hasn’t yet.

His Eyes Dilate When He Sees You

When a younger man likes an older woman, his pupils dilate when he sees her for the first time in the morning or when he sees her after being away from her for a while. This is because of the increased blood flow to his eyes as a result of seeing someone attractive. This is not something that occurs when someone dislikes someone else or is uninterested in them at all. It only occurs when there is attraction or interest involved between two people – especially when one person finds another person attractive and the other person reciprocates those feelings.

He Makes An Effort To Bond With Your Children

If he has a good relationship with your children, it’s a good sign that he respects you and the fact that you have children. If he treats them well, makes an effort to get to know them and interact with them, then it shows that he really likes you but doesn’t want to just jump into anything serious. He probably wants to take things slow and get to know you better before thinking about commitment.

He Ditches His Friends To Hang Out With You

He ditches his friends to hang out with you. If he wants to spend time with you, he’ll find a way to do it without having to make excuses or cancel other plans. He won’t be afraid to make changes in his life so that he can be with you more often.

He Changes His Personality In Your Presence

If a man is genuinely interested in you and likes you, he will change the way he acts when around you. He won’t be as loud, obnoxious or aggressive. He will be more at ease and relaxed. Men who are interested in an older woman often become more mature and refined when around her because they want to make her happy. A younger man may even try to impress you by acting older than his age or by trying to learn about things that interest you.

That’s all for now from the “20 Signs A Younger Man Likes An Older Woman” content prepared by Victoria Milan for you! If you are looking for more content like this, you can visit our blog and stay tuned.

Also, Victoria Milan is the best dating site that you can find someone. With 10 million users, modern design, and unique features, Victoria Milan offers you the best user experience. %100 anonymous and you can see online users on the homepage and start a quick chat. Or you can easily find the perfect partner with filtering options. In addition, registration at Victoria Milan is free. Find a partner easily and quickly with Victoria Milan. Just click to register to Victoria Milan. 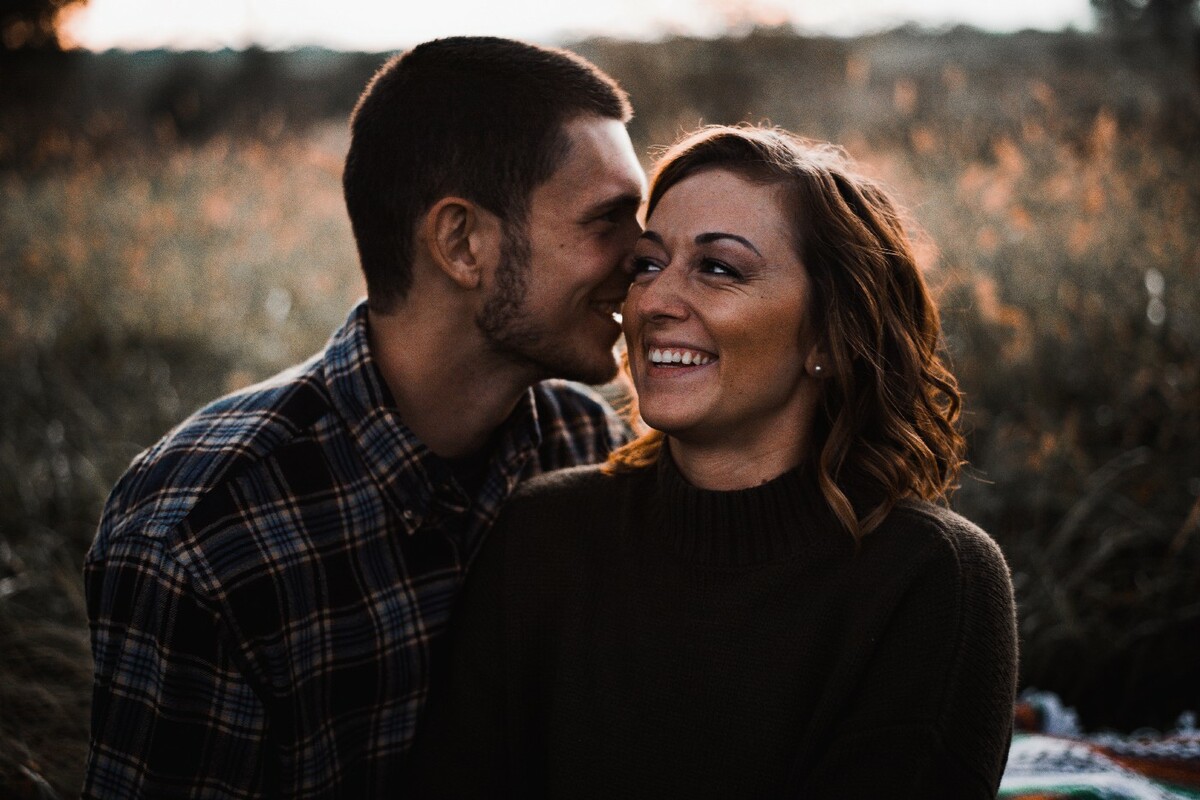 FAQ About A Younger Man Likes An Older Woman

How can you tell if a younger man likes an older woman?

He’ll be respectful of her privacy and boundaries. A young man who likes an older woman won’t tell others about their relationship unless she wants him to do so (and even then, he won’t tell everyone). He won’t assume that his opinion is more valuable than hers just because it comes from a younger person; instead, he will trust her judgment and look to her for guidance on matters of importance.

Why would a younger man be attracted to an older woman?

Younger men may find older women attractive because they have more life experience. They have been through the ups and downs and have come out stronger on the other side. They have learned from their mistakes, which can make them more confident with themselves and their abilities.

How do you tell if a younger man is flirting with you?

He keeps asking questions about what you do for fun, what your favorite movies are, or what kind of music you listen to. He wants to know everything about your interests so he can figure out how he can get his foot in the door with them. 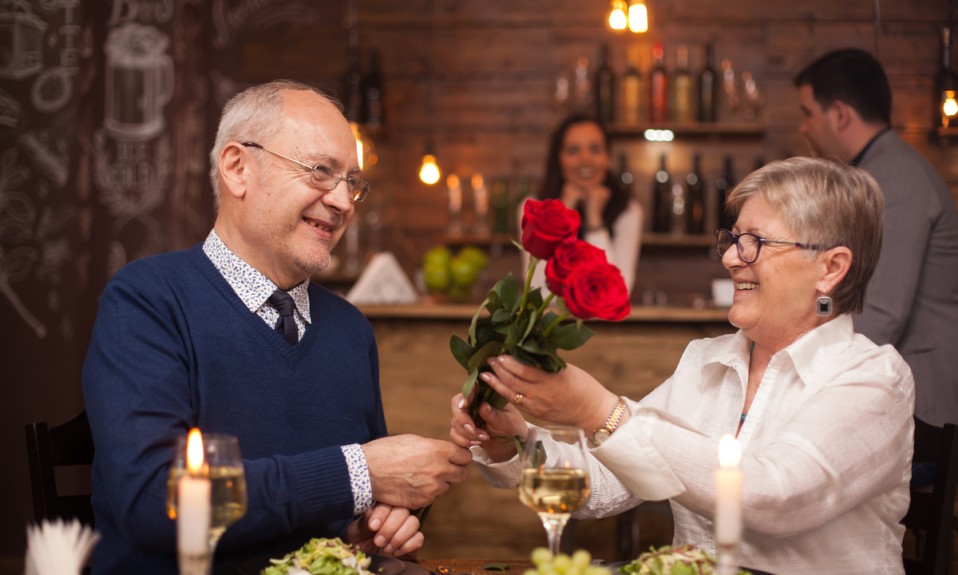 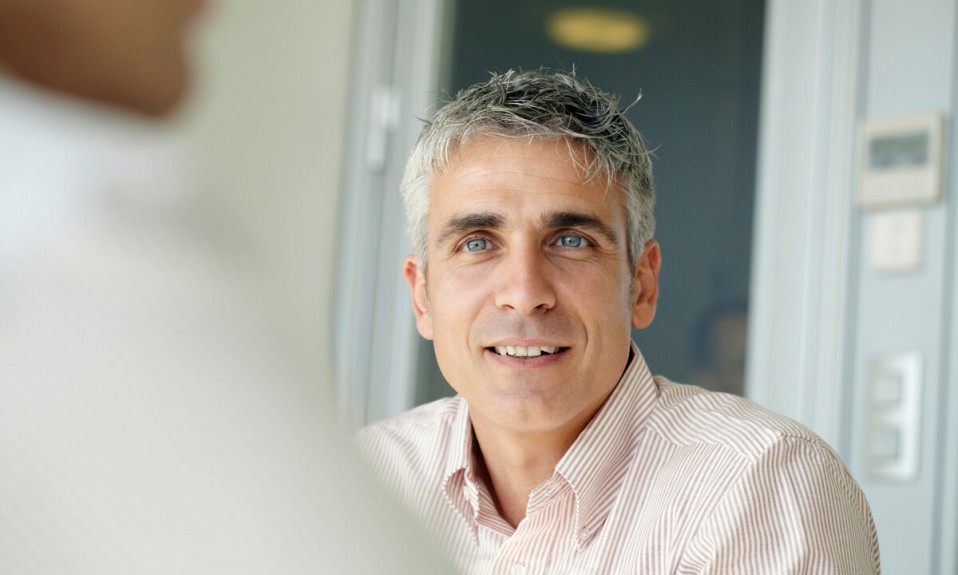 How To Make a Man Fall in Love With You 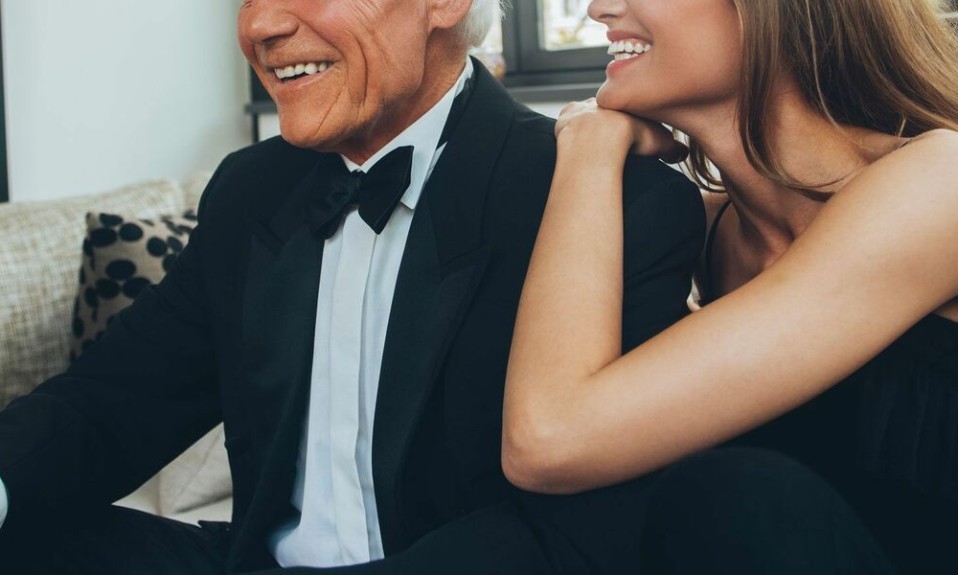 How To Date A Rich Older Man 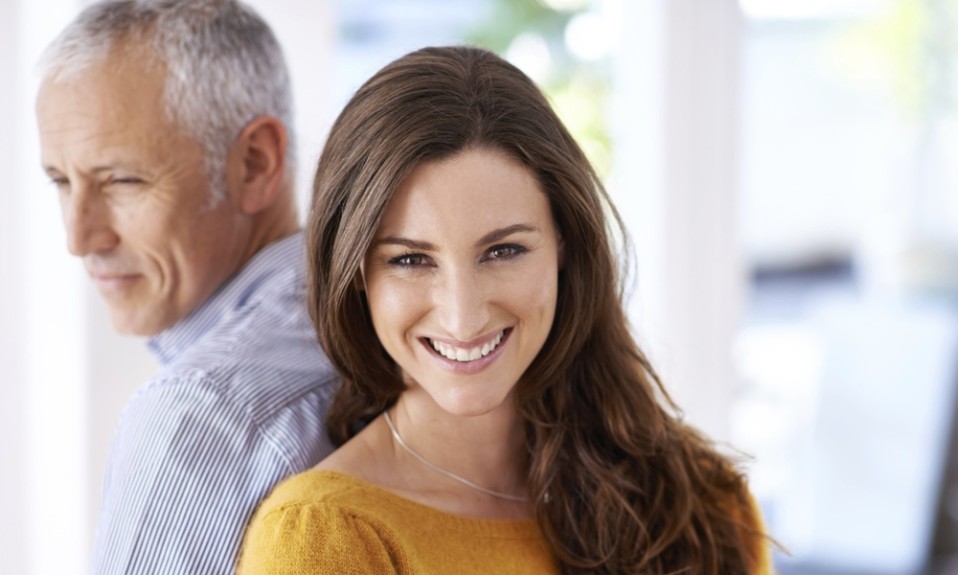 How to Attract an Older Man at Work