Nowadays, it’s a matter of great concern that most couples are facing these days while they are in relationship. If you have been faced with this problem in your marriage, you need an expert to resolve your issue immediately. There are three types of men who have affairs, who cheat their wives or girlfriends. 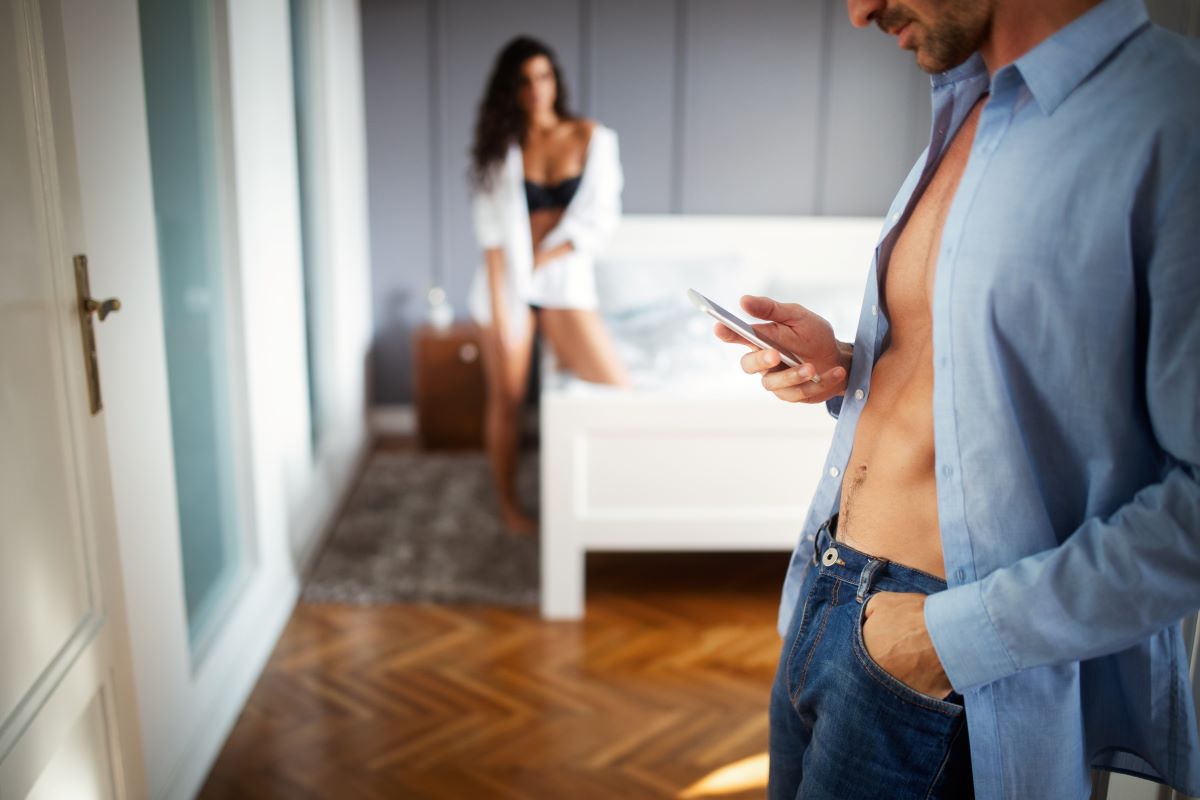 The men may not be able to fulfill their sexual need in sex and that’s the main reason why they look for other places to put off their stress. They may be needing better companion or someone who can understand their emotional needs. Or there could be many reasons to affair. In this article we will explain the 3 types of men who have affairs and reasons.

The opportunistic men are who are uses the opportunity. If they have a chance to having affair they use. The opportunity can be anything, like the time and place or what the woman is wearing. They will not miss any chance to have an affair with any woman that he can get his hands on.

These men are like predators who look for prey when they see it, and then use it for their own needs. This type of man does not need any reason or justification for having an affair because he does not care about anyone but himself and his needs, which are usually sexual in nature.

The opportunistic man will have no consideration for your feelings or those of his wife or girlfriend because he only thinks about himself first and foremost. You could be hurt by him because all he cares about is himself and his own personal pleasure at all times with no regard for anyone else’s feelings or emotions whatsoever. He is simply out to get what he wants at any cost even if it means hurting you badly in the process just so that he can feel better about himself and get what he wants out of life at

Opportunistic men types generally does not have a reasons to affair. They just love to flirt and sex. So if they has a chance to affair, they just use it.

Opportunistic men types are usually not in a relationship at all. They just want to have sex with anyone, especially if the girl is young and hot.

They don’t care who she is or what she looks like as long as she’s available for him at that moment. But also we can add some reasons for these.

Here are the reasons of the opportunistic men have an affair:

1.They are not secure enough with their relationship

2.They are bored with their partner and needs to have some excitement in their life

4.They don’t like the way their partner treats them, so they look for someone else who will treat them better than what they are getting from their current partner

5.They feel insecure about themselves, so they try to boost up their confidence by having an affair with another person

Signs Of The Opportunistic Men Who Have Affairs

The opportunistic man is the man who uses his charm, good looks or sexuality to get what he wants from a woman. He will not settle for just one woman and can have multiple relationships at any given time.

This type of man often has no real intention of ever committing to one person, but instead will string women along until they are no longer useful to him. He has no problem with lying, cheating and manipulating others to get what he wants.

There are many signs that show that someone is an opportunistic man:

-He cares more about himself than others

-He tells lies just to get what he wants or needs

-He takes advantage of other people’s kindnesses

If you see any of these signs in someone then there is a good chance that this person could be an opportunistic man; however, there may be more signs as well so always keep your eyes open for anything unusual or suspicious.

Some people might think that having a relationship with more than one woman is cheating or immoral, but there are some people who don’t think so. They just love sex and they want as much as they can get from different women. 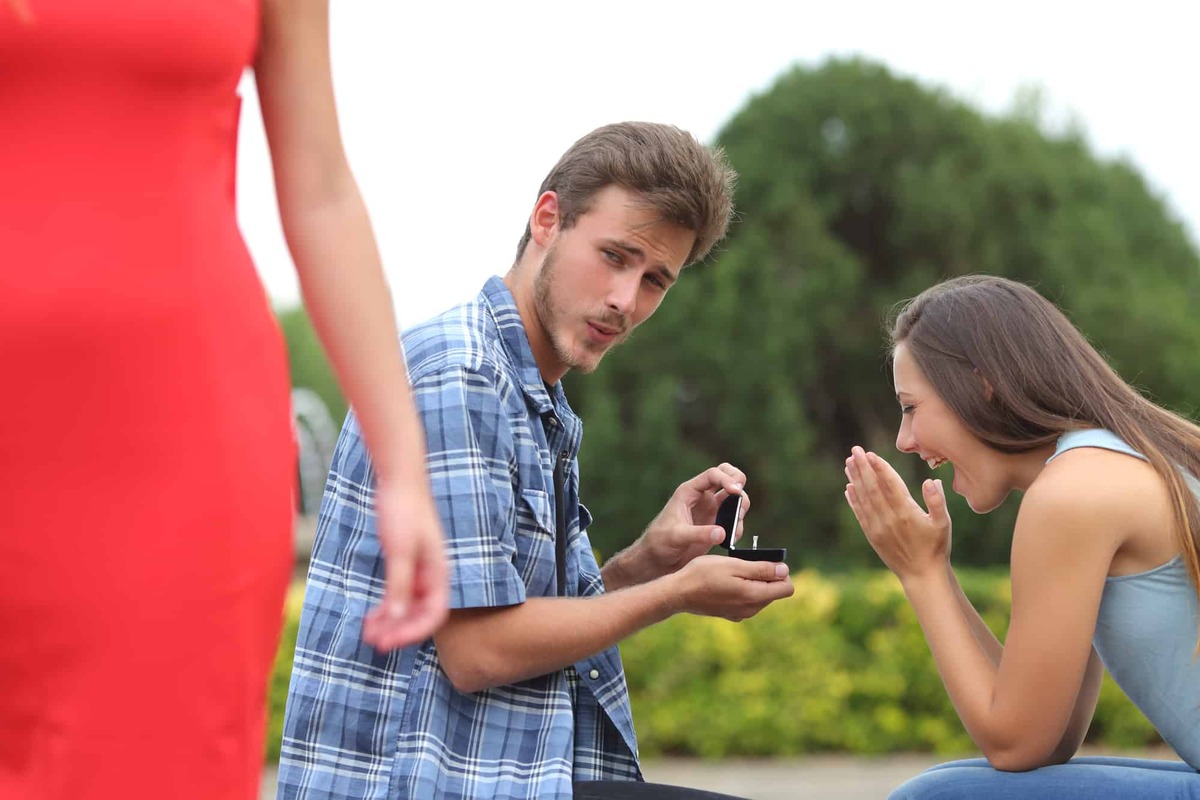 Many different factors can spark an affair and cause someone to engage in one. The reasons why men cheat on their wives or girlfriends vary greatly from person to person, but there are a few common causes that seem to be universal among those who cheat.

Here are the reasons which can cause a man to have an affair. Some of them are:

1) He may not be satisfied with his wife or girlfriend and wants to find another woman who can satisfy him better than his wife can do.

2) He may be bored with his wife and wants someone who can give him new experiences in life through sex.

3) He may want to break up his relationship, but doesn’t want to lose his family as well as money by divorcing so he decides to have an affair instead of divorce because he thinks that having an affair will be less painful than ending the marriage permanently.

4) Men with high libido needs more action in their lives and when they do not get it at home they look for other options outside their relationship.

5) Some men want to explore their sexuality by having an affair with another woman or even a group of women at once.

4.He wants to try new things in bed all the time.

5.His eyes are constantly searching for potential women around him.

They loves to flirt.

The Frustrated type of men is a little different from the others. Frustrated men are people who like to take revenge in anger. He sees himself as deprived in some way, either sexually or emotionally. If he’s not been having regular sex with his partner or physical contact, it tempts him to go looking elsewhere.

He would rather have an affair than do something about the problem with his wife or girlfriend. This type of man often has low self-esteem and needs reassurance from others that he is attractive and important.

The Frustrated man tends to look for someone who will give him what he wants without asking him to change his behavior. He may be in a relationship that is unsatisfying because he is not meeting the emotional needs of his partner or vice versa.

There is no doubt that men who cheat or have affairs are responsible for their actions. It is not acceptable to blame it on the woman, or to say that she was too demanding or unfaithful. The reasons for cheating are often complex and may be due to a combination of factors.

However, it is important to understand why frustrated men cheat so that we can prevent such behavior in the future.

The reason why frustrated men cheat is because they feel like they are losing control over their lives, women and relationships. They feel powerless and angry. This can cause them to make irrational decisions which they will regret later on.

Here are some reasons why frustrated men cheat:

1) They feel trapped in an unhappy marriage or relationship.

2) They have an unrealistic view of women as sex objects who are only interested in having fun with them without any strings attached.

3) They feel sexually dissatisfied with their wives or girlfriends because they don’t know how to satisfy their sexual needs properly.

4) They lack emotional intimacy at home with their partners because they think that men should be strong and not show any kind of weakness or vulnerability whatsoever!

5) They’re not getting what they need at home.

6) They don’t think they can get what they need at home.

7) They’re looking to feel more desired and attractive, even if it’s just for a moment.

8) He is distant and uninterested in sex with his wife or partner.

Sign Of The Frustrated Men Who Have An Affair

Frustrated men are actually not that hard to spot. His curmudgeonly attitude and constant complaining make you easily recognize him. He constantly complains about the relationship and follows other ways, using them as an excuse. Here are the signs of the frustrated male type:

They start to complain that they are not happy with their lives, their work and even their friends.

They seem to be blaming you for all the problems which they are facing.

They start to compare you with their wives

They start feeling guilty about betraying their wives and children

He becomes more aggressive, competitive or hostile than usual (with his wife or coworkers).

That’s all for now from the “3 Types of Men Who Have Affairs” content prepared by Victoria Milan for you! If you are looking for more content like this, you can visit our blog and stay tuned. 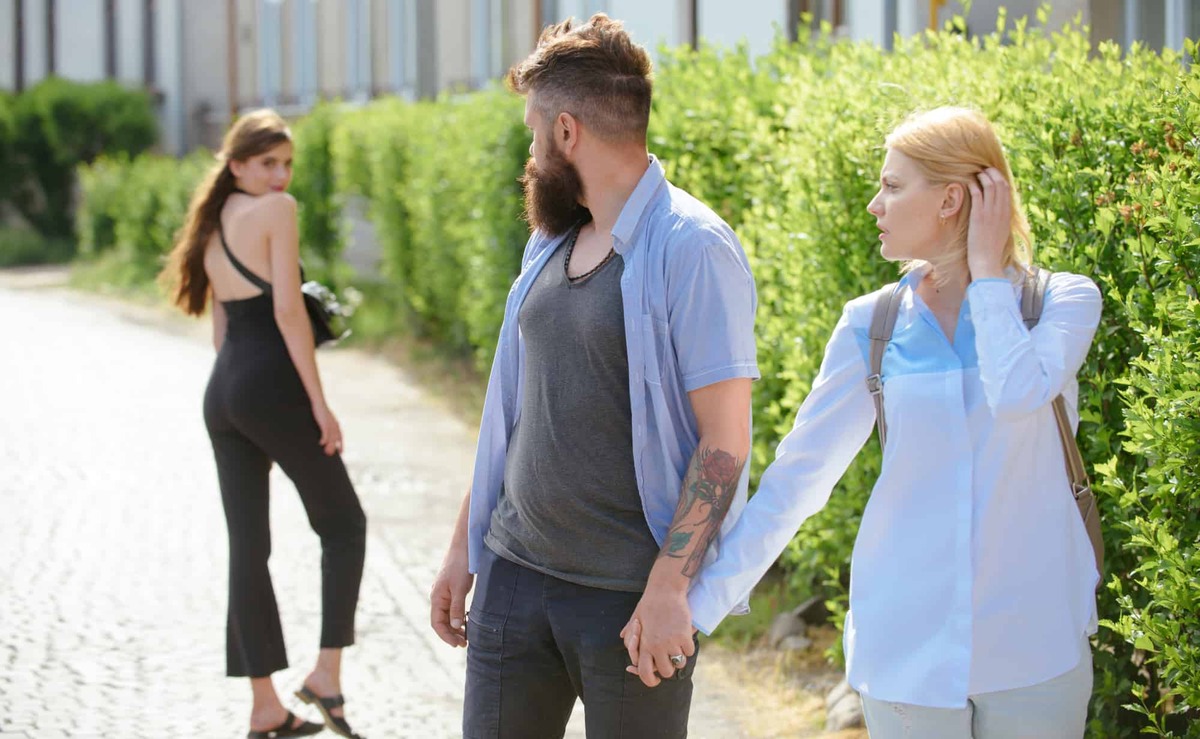 FAQ About 3 Types Of Men Have Affairs

What Are The 7 Types Of Affairs?

What Are The Warning Signs Of A Cheater?

Some of the most common signs include:

What Cheating Does To The Victim?

Cheating creates feelings of anger, betrayal and mistrust in the victim of infidelity. This can lead to depression and anxiety attacks as well as low self-esteem which will affect all areas of life including work and friendships. Victims may also feel guilty about their own behaviour or worry that they could have prevented the situation if they had just been more attentive or caring towards their partner.