When a man and a woman get married, they expect to begin their lives together as husband and wife. However, the honeymoon phase of their relationship often doesn’t last forever. As time passes, the two will find themselves in intimate situations with one another less frequently and will instead find themselves spending more time away from one another. The feeling of loneliness will creep up on the wife and she may start to wonder what is happening to her marriage. She will start to feel neglected and angry at her husband for not paying more attention to her. A woman who feels like her needs are not getting met could end up feeling very bitter towards her spouse. This can be especially true if he is not fulfilling his duty as a supportive partner that provides security, love, and affection by recognizing her wishes when it comes to domestic duties and sexual intimacy. 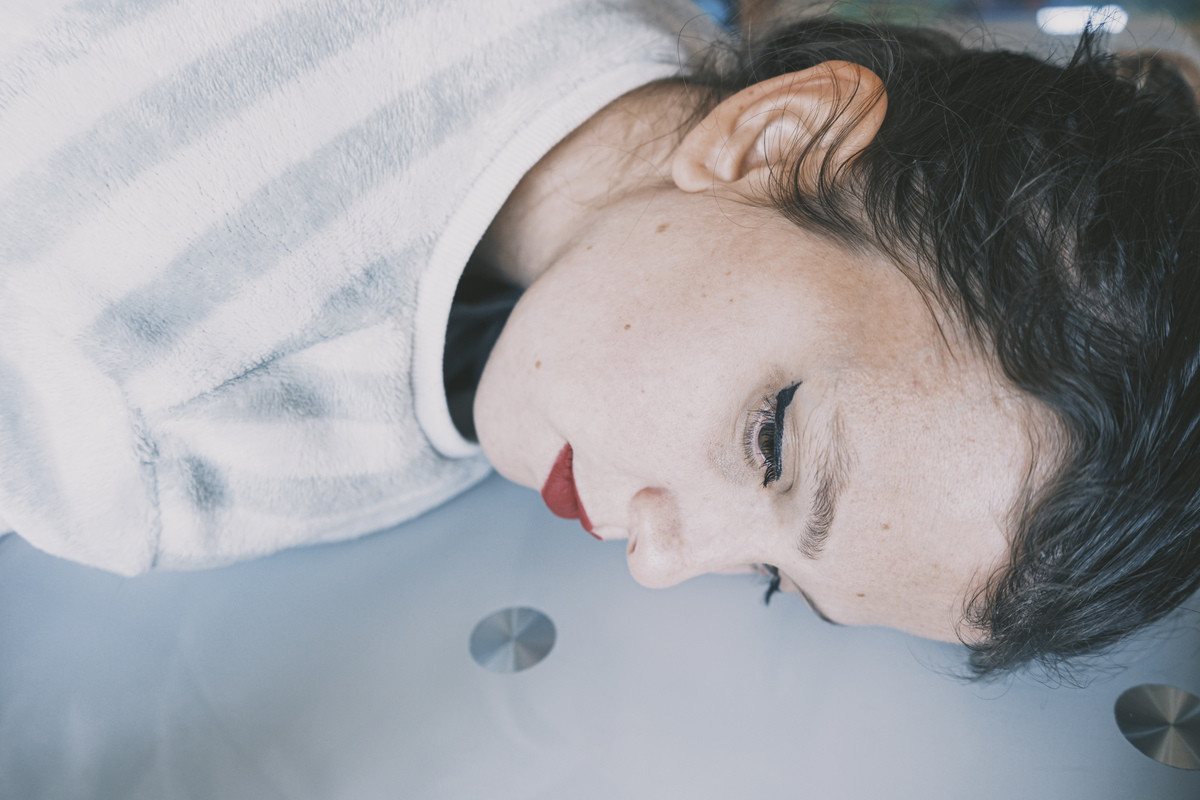 If your partner has been acting more irritable and hostile than usual lately, this might be why. It’s not just about her being tired or needing more attention—it’s about her feeling unimportant or powerless in your life.

Wants To Be Needed

Women tend to be more sensitive than men and can cause them to act in anger when they feel lonely or unimportant. This is especially true if you’re not around much, such as when you work long hours or travel frequently.

Your wife wants to make sure she knows how important she is to you. Tell him how much he means to you every day and make sure you hear it from others. Be sure to tell her about things that make life easier for you, such as keeping the house clean or preparing dinner on busy nights.

If you don’t have time for these right now, make a plan for how to start doing them when things get slow at work or when life calms down after the kids are a little older. If your partner feels that there is no hope of improving your relationship with him because of your current situation, Lonely Spouse Syndrome will come into play and cause his anger issues in the meantime.

She Feels You Have Lost Respect For Her

Wives can be incredibly anger, particularly when they feel disrespected. Though this may seem irrational, it is actually quite common: the reason behind this reaction is an emotional disease called lonely wife syndrome. A lonely wife is one who has had her core needs for love and respect unmet for a long period of time. She has been treated like a doormat and an object to be used for her husband’s benefit for so long that she has given up on making him happy. Instead, she only cares about herself and feels entitled to get revenge on the man who has hurt her. The most common version of lonely wife syndrome is triggered by the husband not showing affection. If a husband fails to pay attention to his wife in the ways that she wants, she will feel unloved and unable to gain happiness from him, which will make her resentful over time.

Lonely wives will often react with anger towards their husbands because they know it is the fastest way to get them to respond in some way—even if he says something negative back or even if he leaves her! It doesn’t matter if he acts negatively towards her; it is enough that he was moved by her behavior at all. 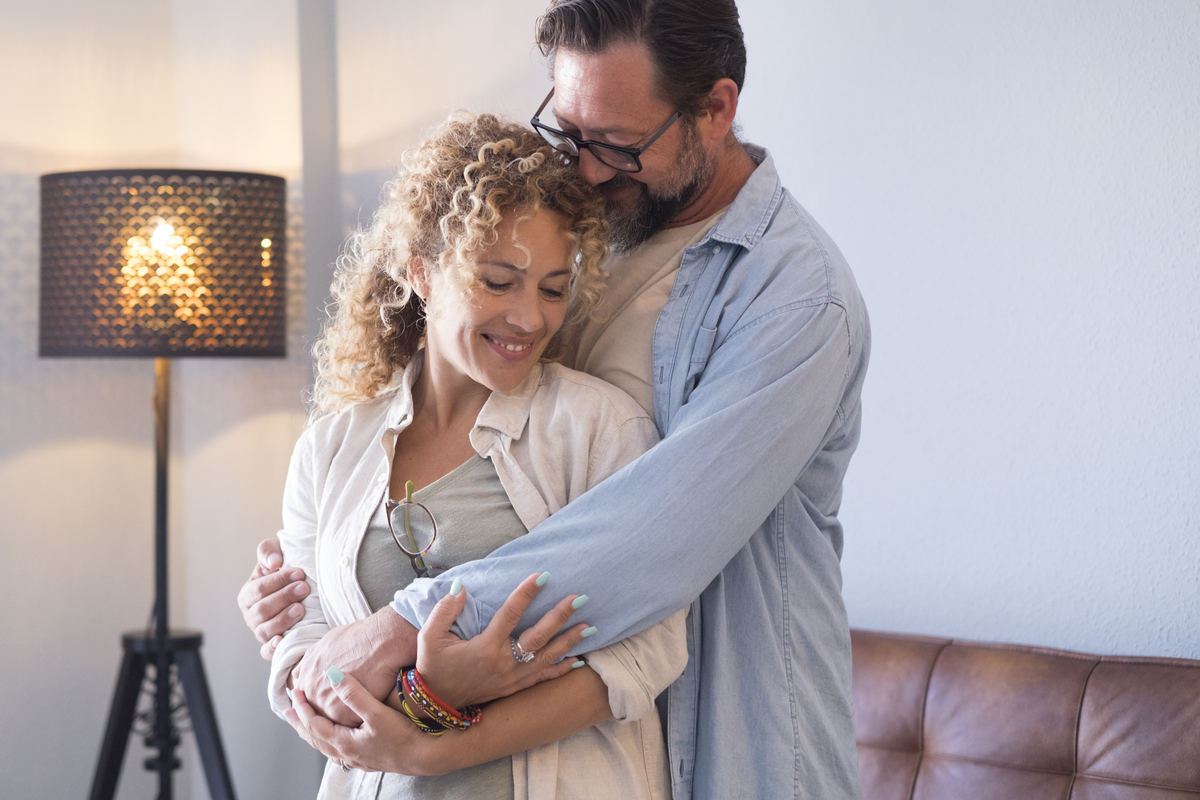 Wants To Be Appreciated

Your wife may not directly tell you how she feels about being lonely, as it is a very sensitive topic to talk about. However, she may give you indirect hints by her behavior. You know how your wife usually acts when she’s really angry with you? It’s no different with the “Lonely Wife Syndrome.” She may get angry at you for the smallest things without you realizing that it is just a release of her pent-up anger because of her loneliness.

You might think that you are being blamed unfairly, but it’s just your wife’s way of trying to get your attention and make you feel guilty.

People often make the mistake of assuming that women are more emotional than men, and this can lead to the misconception that their anger is irrational. Women are very emotional, but they’re not necessarily less rational than men—and many times, they’re angry for very good reasons.

Sometimes, women get angry at the people closest to them because they feel like those people aren’t meeting their needs—and this is usually a sign of an unspoken problem that’s been going on for a while. It could be as simple as not paying enough attention to her or not including her in important decision-making, but it could also be a feeling of “I’m not special anymore.” When you start to feel like your spouse or significant other isn’t treating you the way you used to be treated, it’s natural to feel hurt.

When you start to feel like your spouse or significant other isn’t treating you the way you used to be treated, it’s natural to feel hurt. That’s because being taken for granted can put a serious damper on your self-esteem over time. A woman will often try to avoid confronting her partner about this issue directly because she doesn’t want him to think she only married him for his money or favors.

Wants To Be Sexually Desirable

If you have a wife, you probably have noticed that she gets angry at times. Maybe she’s upset because someone cut her off on the highway or because the cashier was rude to her. But sometimes, she’ll get really mad, and you won’t be able to figure out why she’s angry.

There are actually a lot of reasons for this, but the main reason is that women are always trying to be sexually desirable. This is true for most women. Most of the time, this isn’t obvious to us men because most of us don’t notice women in that way. This is also why some women get mad when we hurt their feelings. They want to be sexually appealing.

This also means that if your wife is getting angry at you and you don’t know why, there’s a chance that it is related to her need to be sexually desirable. In fact, it might be the most common reason for a woman becoming angry with her husband.

You Are Inconsiderate And Selfish At Times

A lot of guys, when they’re with their wives, are probably just thinking about themselves. They don’t really care about what their wives are thinking, or how they feel. They’re just too busy thinking about whatever it is that’s on their mind at the moment: a sports game, the job, a TV show—you name it. And then when you ask your wife for her opinion about something, she says one thing . . . but you don’t listen! Why? Because you’re not actually hearing her words. You’re not focused on what she’s saying—you’re putting all your mental energy into figuring out what you want to say in response.

I mean, think about it for a second: how often do you really focus on the person you’re talking to? Maybe when you’re talking to someone you love. Maybe when you’re having an important conversation. But most of the time, between friends and family and acquaintances, we wouldn’t even notice if they weren’t there—we’d make polite small talk that keeps us from being too awkward while we wait for our turn to talk without interruption. We’d rather not be listening than have to sit quietly while someone else talks!

That’s all for now from the “Lonely Wife Syndrome: The Hidden Reason Behind Your Wife’s Anger” content prepared by Victoria Milan for you! If you are looking for more content like this, you can visit our blog and stay tuned. 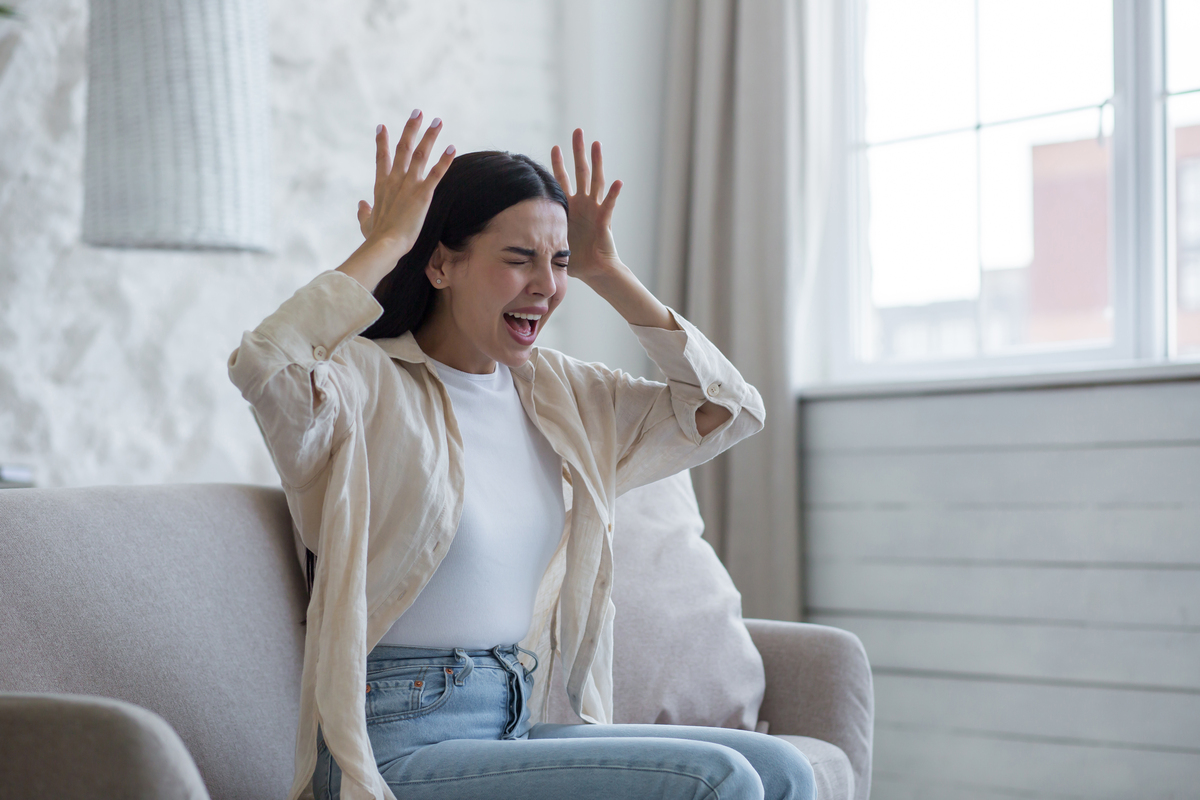 FAQ About Lonely Wife Syndrome: The Hidden Reason Behind Your Wife’s Anger

Why Does My Wife Get Angry So Easily?

Assume responsibility for your own thoughts, words and actions. If you can’t control these things, you will have no control over anything else. You must also be willing to admit that you are wrong when it is obvious that you are. If you don’t, she will have nothing but excuses as to why she is angry at you.

How Do I Deal With My Wife’s Anger?

Don’t take it personally. Anger is not always directed at the person who is causing it. Sometimes, it’s about something else entirely — an event from the past, for example, or a problem that has nothing to do with you. Don’t take it personally, even if she does take it out on you. It’s not about you; it’s about her and her feelings. Don’t be afraid of her anger. Your wife may be angry because she feels threatened by something in your relationship (or in herself). If she feels insecure about something and thinks you’re going to leave her, then she will become defensive and lash out at those closest to her — including you.

What Makes A Woman Angry In A Relationship?

How Do Know Your Marriage Is Over?

What Causes An Angry Wife?

There are many reasons why a wife can become angry. She may not be happy with her husband or his behavior. She may be angry because of something that happened in the past, or she may be angry because she thinks her husband is responsible for her unhappiness. Sometimes a wife is angry because she believes that her husband has been unfaithful to her. In many cases, an angry wife can be helped if the husband understands why she is feeling that way. There are many different ways in which a man can help his wife overcome feelings of anger and resentment towards him.

What Is A Toxic Wife?

A toxic wife can be defined as an individual who is in a relationship with her husband and makes it her goal to make his life miserable. She will do whatever she can to harm him, whether that means physically harming him or psychologically using tactics such as gaslighting and manipulation.