A cheating man is motivated by everything from needing attention to maintaining an image. For that reason, as you read through this list of characteristics, some will resonate more strongly than others depending on which one speaks to you most. The cheating man will often feel underappreciated by his partner and may even feel that he is not receiving the attention he deserves. Cheating men are also often motivated by a desire to maintain an image or lifestyle they believe they deserve, without having to work as hard for it. Another common trait among cheating men is that they tend to have low self-esteem; this can lead them down paths of self-destruction rather than honest communication with their partners. 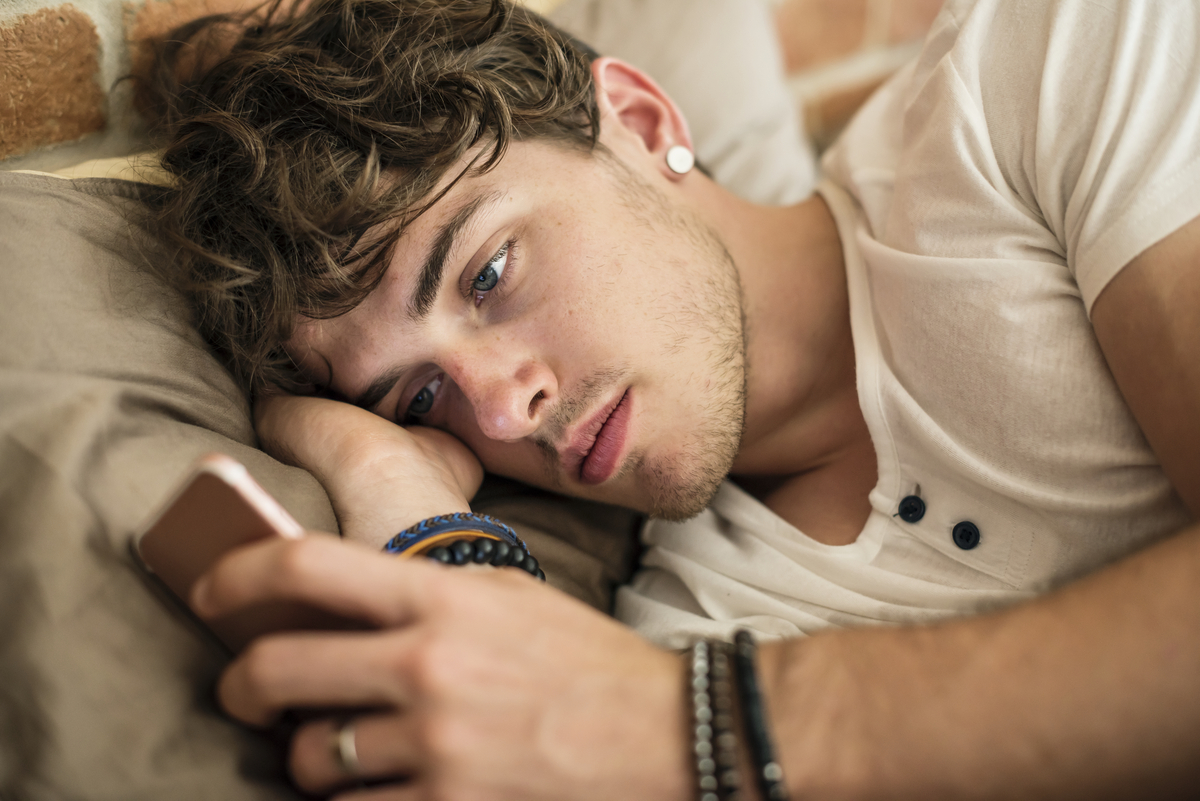 As men age, they tend to start feeling insecure about the passage of time. All of the things that they have done and accomplished in life can slowly start losing their meaning as the years go by. They might be facing a midlife crisis, or have a sense of “where did my life go” ? among other things. At some point, they start looking at what is out there that they do not have, but always wanted to have. Overall, a man may feel pressured to live up to the expectations that society puts on him, while also trying to achieve something more than he could achieve before. This is when cheating starts becoming an attractive option for the man who is stuck in this mindset.

This is because cheating allows them to feel like they are someone else temporarily; it may give them a sense of adventure which they cannot experience in their regular lives. Cheating can provide them with opportunities to take risks that they would never take otherwise. It gives them the opportunity to escape from their everyday life and responsibilities for a short period of time. Many men have found comfort in cheating because it allows them to try out new experiences without having to worry about being judged by others or even themselves for doing such things. It is definitely not an easy thing for a man to escape.

Here’s how it works: He feels bored or unfulfilled, then he meets someone new and exciting, which fills his void for the time being. But soon that excitement disappears and he’s back to feeling unfulfilled again. The problem is that, while he’s feeling this way, he doesn’t feel like going out of his way to fulfill the people in his life who love him. During this time, a cheating man will cheat on his partner without even realizing that he’s doing it, because he doesn’t feel like putting in any effort.

This type of thinking is bad within a relationship because it can make someone you love feel neglected or rejected—and because you’re constantly searching for more excitement as you spend time with them, they’ll never be enough for you anyway. A good thing to keep in mind about sexuality is that it’s an ongoing process of discovery; there are always new things to learn about your partner and try together.

They Could Have Low Self-Esteem Or Be Narcissistic

The cheating man’s mindset is a complicated thing, and there are many different reasons why they might do what they do. Though it’s easy to attribute infidelity to the classic “men cheat because they can” mentality, there are more complex factors that determine why she might be doing what he does. Some men have low self-esteem and don’t feel like they deserve their partner, which leads them to seek out other women that will make them feel desired. Others are narcissists who feel entitled to have whatever they want, whenever they want it, and will even endanger their own long-term relationships in order to get what they’re after.

There are obviously different motives for cheating, but all of them stem from some sort of insecurity or immaturity on the part of the cheater. If you’re with a man who has cheated before (and chances are you know if he has), then this is someone who isn’t mature enough to handle the responsibilities of a relationship and won’t respect your needs if he’s not getting his own way. It’s time you move on from this kind of guy and look for someone who puts your needs above his own.

Many cheating men are unhappy in their relationship and have a negative outlook on the future of their marriage or committed relationship. They may have had an affair prior to entering into a new relationship, which is often seen as an indicator that they might cheat again. Their deteriorating relationships with their wives or girlfriends and their lack of intimacy with them may lead them to seek out affairs as a way to regain the excitement that was lost in their primary relationships.

Cheating men typically do not care about the impact of their actions on others around them, but they may be concerned about the impact of divorce proceedings on themselves and their children. While many are unhappy in their relationships, some actually prefer living with someone who is not willing to commit to a monogamous relationship. Despite how it may appear from the outside, many cheating men do not feel like they are hurting anyone else when they engage in affairs, because their main priorities are providing for themselves and those closest to them.

It’s important for couples to realize that cheating can be prevented if one person or both people stop ignoring problems in the relationship and start addressing issues as they come up. If you’ve noticed your partner exhibiting signs of being unhappy, try reaching out to him or her and see if you can find a solution before it

A cheating man may have a lot of fears and insecurities that can lead to his infidelity. Although he has no intention of breaking up with his wife, he feels the need to seek attention and affection outside the relationship. This is because he is feeling inferior to her in some way. The cheating man is often less educated than his partner or finds himself out-of-date with the changing times. He feels incapable of keeping up with all that his wife can offer. Perhaps, he just feels like she is more attractive or more intelligent than him, which causes him to feel inadequate in comparison. These feelings of inadequacy can make him feel that it is impossible to be with her forever, which leads to jealousy and resentment. He thinks that being with her forever would mean settling for less than what he deserves; therefore, cheating becomes a way for him to get the affection he perceives he deserves as well as seek revenge against his wife for not giving it to him. It is only when this man realizes that he does not have anything serious to be insecure about that he’ll stop seeking affection from other women and will finally be able to make sense of everything happening around him.

That’s all for now from the “The Mindset Of A Cheating Man” content prepared by Victoria Milan for you! If you are looking for more content like this, you can visit our blog and stay tuned. 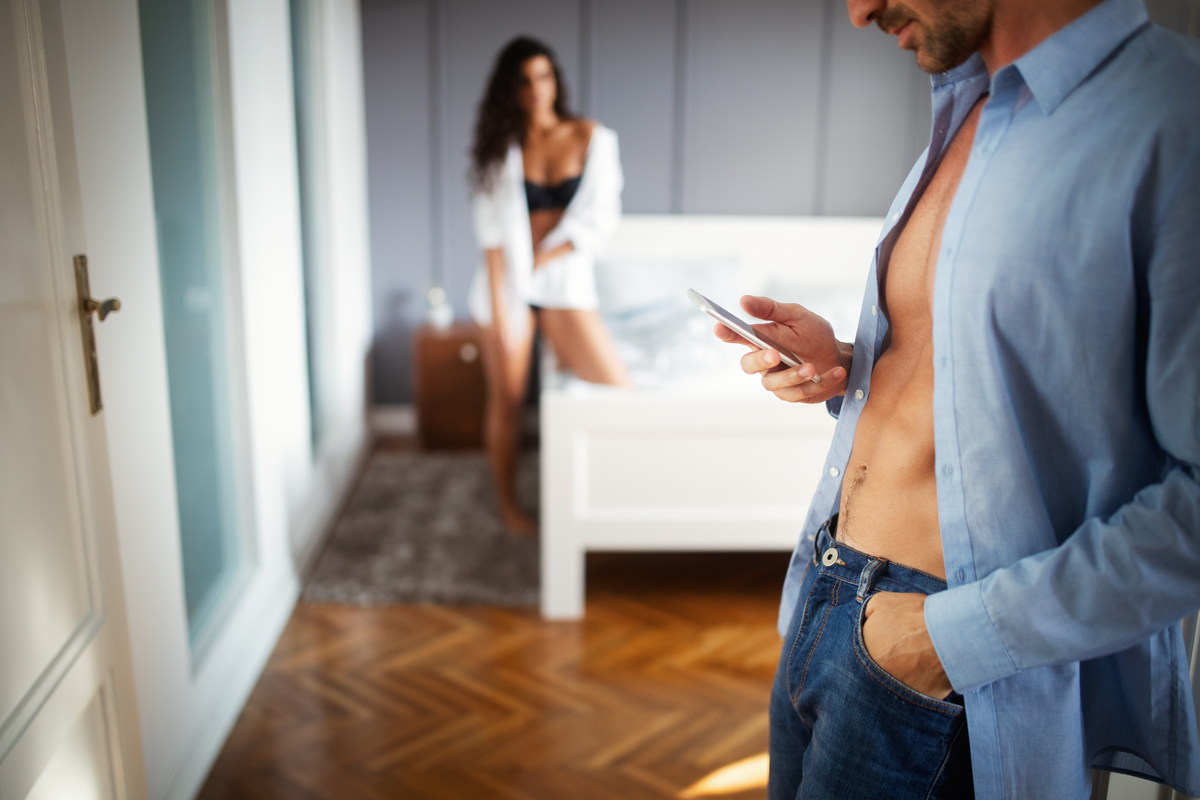 FAQ About The Mindset Of A Cheating Man

What Goes Through A Man’s Mind When He Cheats?

The thought of cheating on your partner is a terrifying one. You might think that once you’ve made up your mind to cheat, it will be easy. But that’s not the case. It takes a lot of courage and determination to cheat on someone you love. And it can make you question some very important things about yourself.

What Are Common Traits Of Cheaters?

Many people who are cheated on feel that their partner is not meeting their needs, but are afraid to confront the issue for fear of being left alone with their children or losing half of everything they own. It’s important that you understand that just because someone cheats does not mean they don’t love you or want to spend time with you. If someone cheats on you, it is more than likely a reflection of their character rather than anything else.

How Cheaters Hide Their Tracks?

Cheaters are always looking for ways to cover up their tracks. They know that if they get caught, they will be punished. That’s why they’re always trying to find new ways to cheat without getting caught. They want to make sure that their spouses don’t find out what they are doing behind their backs. They delete text messages, emails and social media messages. They use fake names on dating sites and apps so that nobody knows who they really are. They use false email addresses and phone numbers when signing up for online dating sites and apps.

Why Do Cheaters Get Jealous?

Cheating happens when someone feels threatened in their relationship and does something about it – usually by having sex with another person behind their partner’s back. Jealousy is an obvious sign of insecurity in a relationship, but there are other reasons for cheating. Low self-esteem can cause people to engage in negative behaviors, such as cheating on their partners. If they don’t feel good about themselves, they will seek validation elsewhere. For example, if a guy has low self-esteem and finds out that his girlfriend is flirting with other men online, he may decide to cheat on him because he thinks he doesn’t really like him anymore because he’s been dating other men.

What Is The Main Cause Of Cheating?

Many people think that men are more likely to cheat than women but this is not true. Both genders have equal chances of having an affair with someone else if they aren’t getting the love they need from their partner. The main cause of cheating is lack of communication and trust between partners. If one person feels that his or her needs aren’t being met, he or she may look elsewhere for affection and attention that they want so much from their partner. This lack of communication and trust leads to a lack of intimacy which in turn leads to an affair by one person or both partners in a relationship!