It’s never easy to deal with a false accusation in a relationship. When you’re accused of doing something wrong, it can feel like your entire world is collapsing around you. It can also be just as stressful and painful to be on the receiving end of such accusations. In either case, it’s important to keep in mind that there are psychological effects that can occur when false accusations are involved.

In order to understand these effects, you’ll need to look at the nature of false accusations and why they happen. First off, it’s important not to vilify the person who is making the accusation—he or she may be under some kind of stress or feeling emotionally unstable at the time, and may be looking for an easy way out of whatever problem he or she feels he or she is facing. Unfortunately, leveling a false accusation against someone else is a common way for people to “solve” their problems.

When you’re falsely accused, your first reaction will likely be some kind of denial—it could range from a simple “no” to a more emphatic argument against the claim—but this denial won’t get you anywhere, because one person’s word against another’s isn’t enough to settle who is right and who is wrong in this sort of situation.

The psychological effects of false accusations in a relationship may be more detrimental than you think. In fact, there’s a whole spectrum of psychological effects that can occur from even one accusation. When someone is falsely accused, it can cause the accused to deal with anxiety—not just about the accusation itself, but about their relationship as well. That anxiety can cause stress that takes its toll on the body, and if the anxiety is chronic, it can have long-term physical effects on a person.

One common effect of being falsely accused is that the accused may start to feel anxious about every aspect of their relationship—not just what they’re being accused of doing wrong. This thought process leads to feelings of paranoia and distrust in a relationship. The false accusation itself might not have caused any harm to the relationship; however, it can open wounds that were previously unseen or diminish trust between partners. If those wounds aren’t addressed, it’s likely that the relationship will suffer under the weight of those issues.

The anxiety experienced by a falsely accused person can lead to stress that has physical consequences for a person. For example, research done on married couples found that when one partner was chronically anxious about their marriage, that led to higher levels of cortisol in both partners. 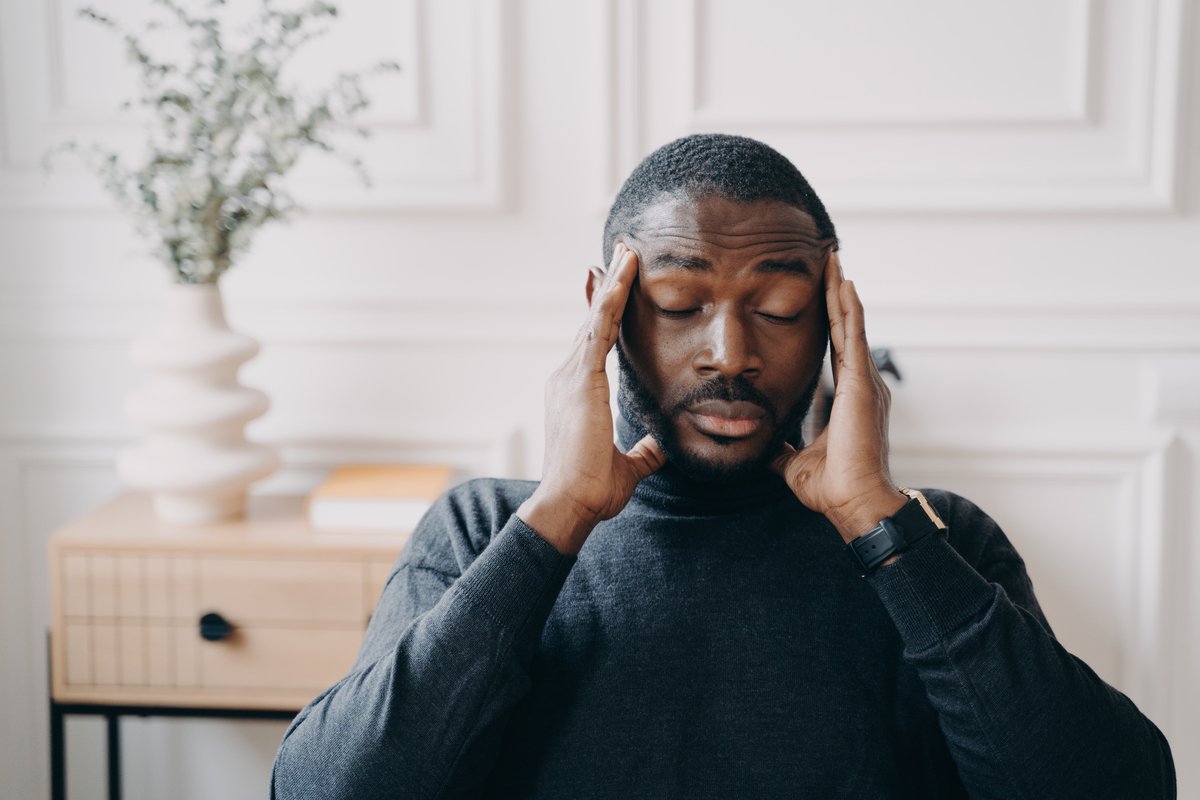 When an accusation is made against a partner, even if it turns out to be false in the end, the effects of that accusation can be quite serious. It’s important to remember, though, that accusations do not always mean there actually was cheating or other inappropriate behavior involved. Sometimes people simply misread situations or feel insecure and overreact. But whether the claim is valid or not, when an accusation of cheating has been made in a relationship, it can have devastating effects on the relationship itself.

Stress is caused by a person’s internal conflict between the desire to stay true to their partner and the desire to protect themselves from harm. The anxiety that results from this conflict can cause extreme discomfort and may even lead to physical symptoms such as nausea or insomnia. 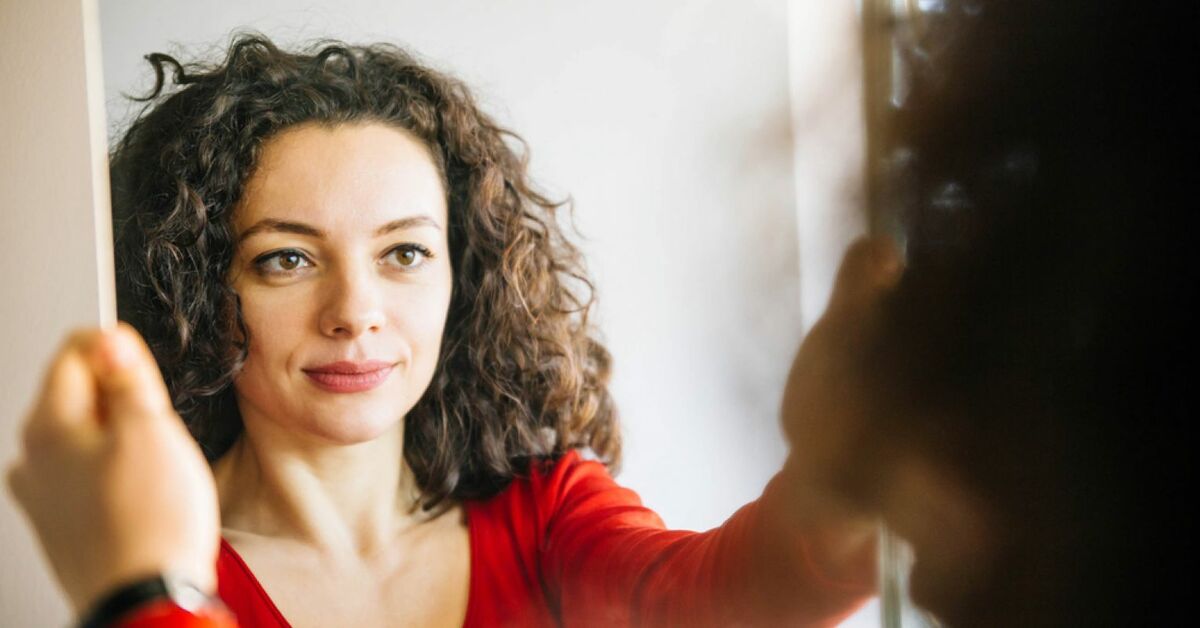 When you’re in a relationship with someone who’s accused you of something in the past—even if those accusations were false—you may find yourself behaving differently. Even if the accusation was proven to be unfounded, you may still be dealing with the emotional falloutand that can also impact your behavior. One of the psychological effects of false accusations in a relationship is behavior change and one way that you might change your behavior is by being more cautious about your actions.

You might feel like you need to hold yourself back from doing certain things, like telling your partner about an exciting job opportunity or inviting him or her to hang out with some friends of yours. If there’s any chance that these things could cause conflict—especially if they’re things that will leave you interacting with other people who are single—you might have second thoughts about doing them because you don’t want to deal with the fallout.

The thing is, it’s impossible for anyone to completely avoid conflict or issues when it comes to communication. You’ll always have some arguments and disagreements, and it’s inevitable that you’ll hurt each other’s feelings at least once in a while. 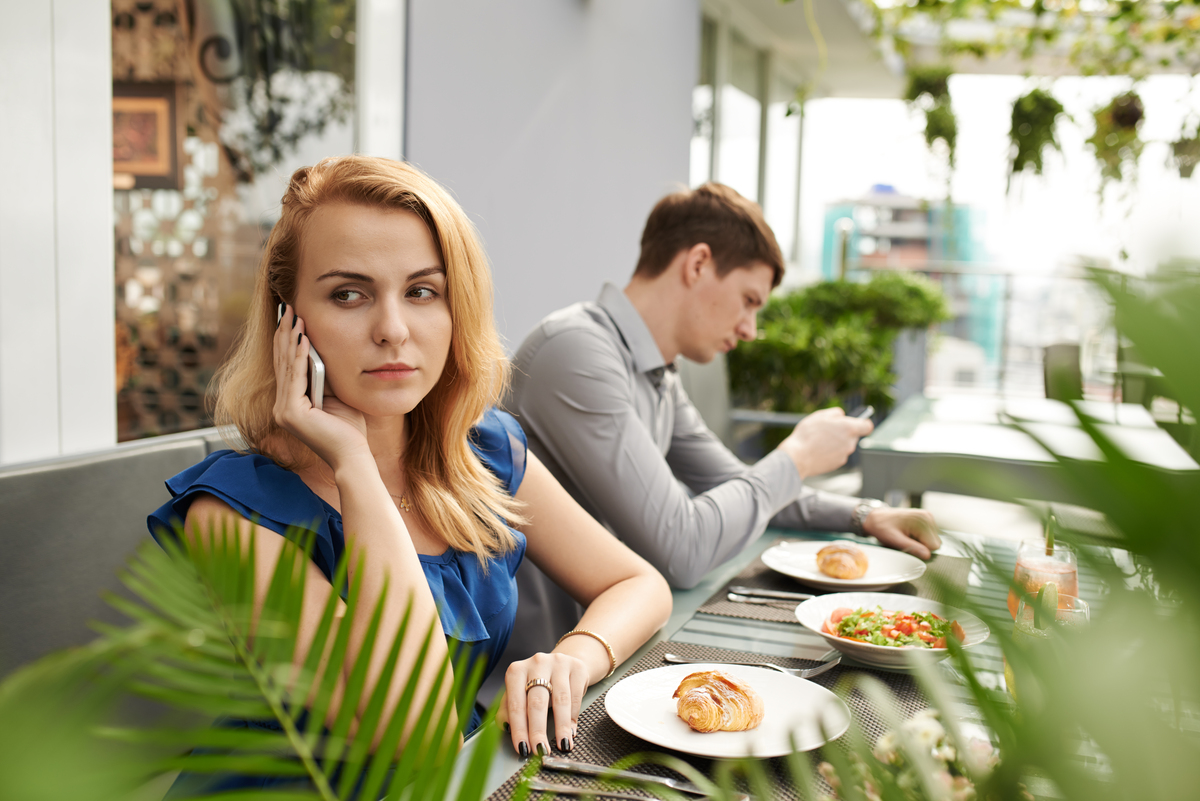 Perhaps the most detrimental effect of false accusations in a relationship is that they cause communication problems. When an argument ensues, one or both of the partners may resort to making false claims, which can lead to serious issues. For example, a man may accuse his wife of infidelity when she really is not cheating on him. This can be upsetting and hurtful to the woman. If she is, indeed, cheating on her husband, she may react to his accusations by defending herself, which will put her on the defensive. This will lead to more arguments and conflict in the household.

It is important that you realize that false accusations can have serious effects on a relationship. In fact, some couples have experienced so much conflict due to these false claims that they have decided to get divorced. This can result in children being put in a bad situation as well because their parents are no longer together. Therefore, it is crucial for you to be careful about what you say and how you react when you feel like your partner may not be telling the truth about something. By keeping your emotions in check when this happens and responding rationally, you can avoid creating unnecessary tension with your spouse or significant other. 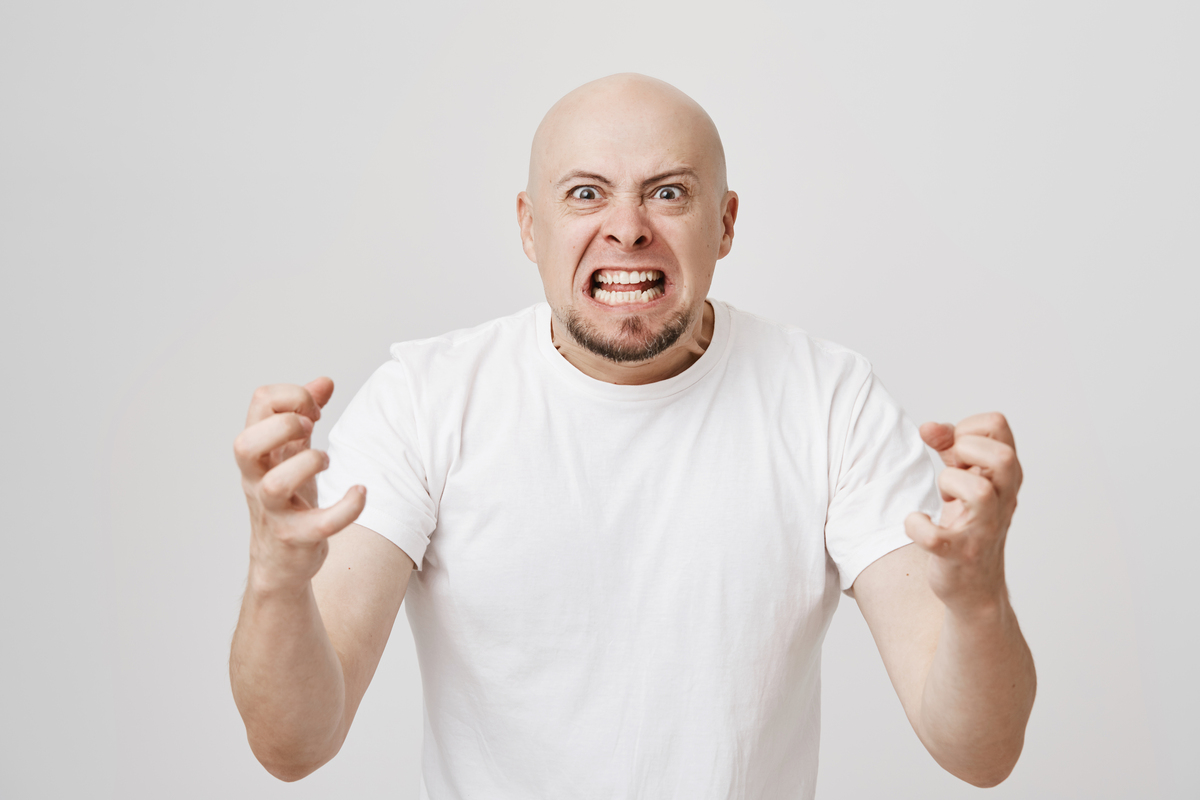 The most obvious effect of false accusations is anger. When people are falsely accused of something they did not do, they become angry at the accuser for making up lies about them and at the person who started the rumor. They may also become angry at those who believe the accusation without having any proof. It’s important to note that this type of anger doesn’t always mean that there is no trust in the relationship; it can be a sign of trust gone wrong and a desire to resolve what has happened.

In addition to anger, there are other effects on a relationship when false accusations arise. Both partners may feel anxious about what will happen next, especially if they do not know where the accusation came from or why it was made. They may feel hurt if they think that someone close to them would say something so terrible about them. They may also become paranoid about whether others. 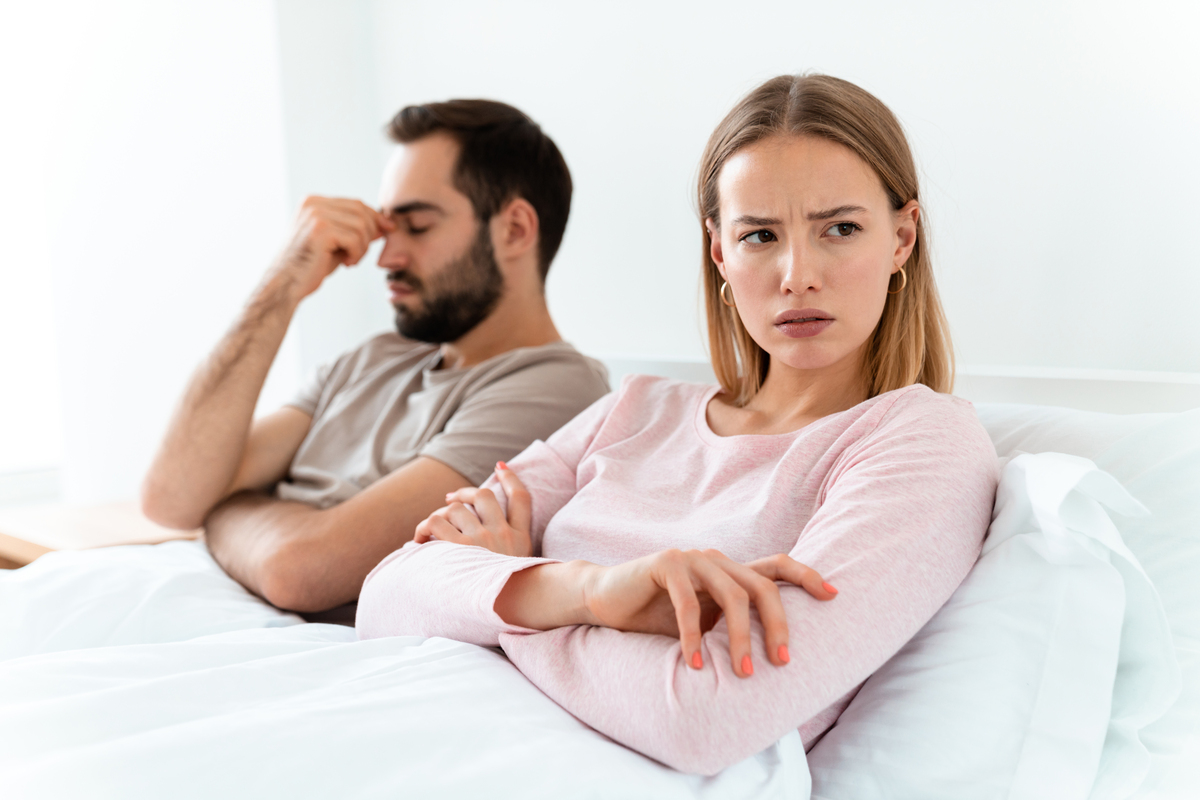 Resentment is one of the psychological effects of false accusations in a relationship. Resentment is defined as having an unjustified sense of indignation and anger towards another person. When someone is being accused falsely, it can cause the person being accused to feel resentment towards the person who has made such an accusation. This may stem from the fact that they feel they are being victimized by the person who has made the false accusation, or even if they know that they did something wrong, they may resent what was said to them.

Resentment can also lead to divorce due to how difficult it makes it for people to move on from past issues, especially if those issues are always being brought up and discussed in a negative manner by one party. Divorce is generally seen as a negative thing because it separates families, but that isn’t necessarily always true. 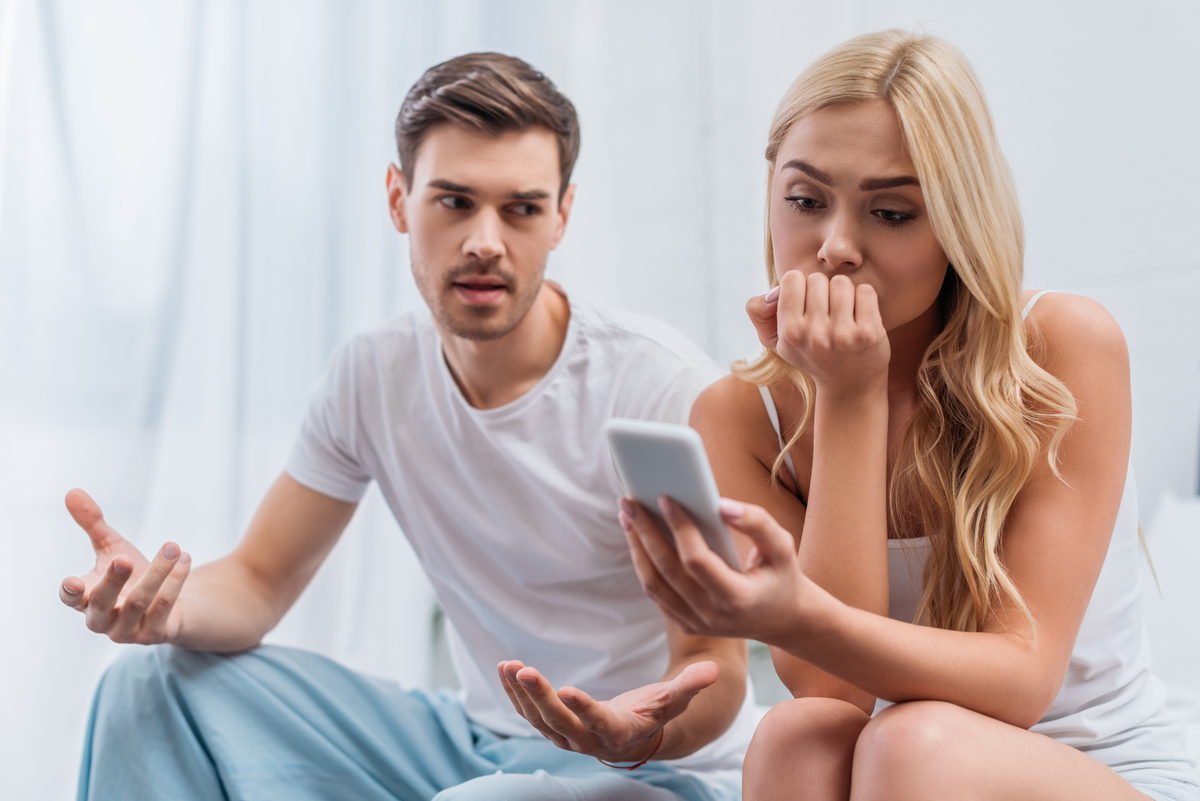 Falsely accusing your partner of cheating can have a huge impact on how you interact with them and how they feel about you. Once trust is broken, it is very difficult to mend, especially when the wronged person feels betrayed, lied to, and their sense of reality shatters. The other person may even begin to feel that they are walking on eggshells waiting for the next explosion or blame.

The feeling of insecurity that comes from falsely accusing someone of cheating on their partner goes beyond the point. It can erode all the good feelings that may already exist between partners and make one or both people feel constantly being watched or judged in their relationship. This feeling can lead to mistrust, which can lead to a difficult-to-resolve conflict because there is no clear problem to resolve.

A false accusation often causes people to question themselves and their actions even when there is nothing wrong. You may begin to doubt yourself about every interaction you have with another person, which can take on new meaning as someone accuses you of being unfaithful. This leads to feelings of inadequacy as you try harder.

That’s all for now from the “The Psychological Effects of False Accusations in a Relationship” content prepared by Victoria Milan for you! If you are looking for more content like this, you can visit our blog and stay tuned.

FAQ About The Psychological Effects of False Accusations in a Relationship

How Would An Innocent Person React When Accused?

How Do You Deal With False Cheating Accusations?

Cheating accusations can be a very emotional situation, especially if you are being falsely accused. When someone accuses you of cheating, it is important to remain calm and not get defensive.

How Do You Defend Yourself Against False Accusations?

When someone falsely accuses you of something, it’s easy to get caught up in the emotion and respond in anger. However, responding with anger or frustration will only make matters worse, because it gives the accuser more ammunition to use against you and makes it look like you have something to hide. The best way to handle false accusations is to remain calm and speak only when necessary.

What Are The Signs Of A Guilty Person?

Guilty people are often nervous and uncomfortable around others. They may fidget, look away or over-exaggerate their movements to distract from their guilt. When a person is lying or trying to hide something, they may exhibit signs of nervousness. As a guilty person feels more pressure to keep their secret hidden, they become more stressed out and anxious. This can be recognized by physical signs such as sweating or blushing.

How Do Cheaters React When Accused?

When a partner is accused of cheating, they often react with shock and denial. In some cases, they may even deny the accusation outright.