With a rise in the number of long-term marriages and couples living together, it is no wonder so many people find themselves in what appears to be a sexless marriage. This can be extremely confusing and upsetting, especially if you are one of the parties involved. In this post we bring you some advice for couples sleeping in separate bedrooms. Hopefully, it will give you some pointers on solving the issue. 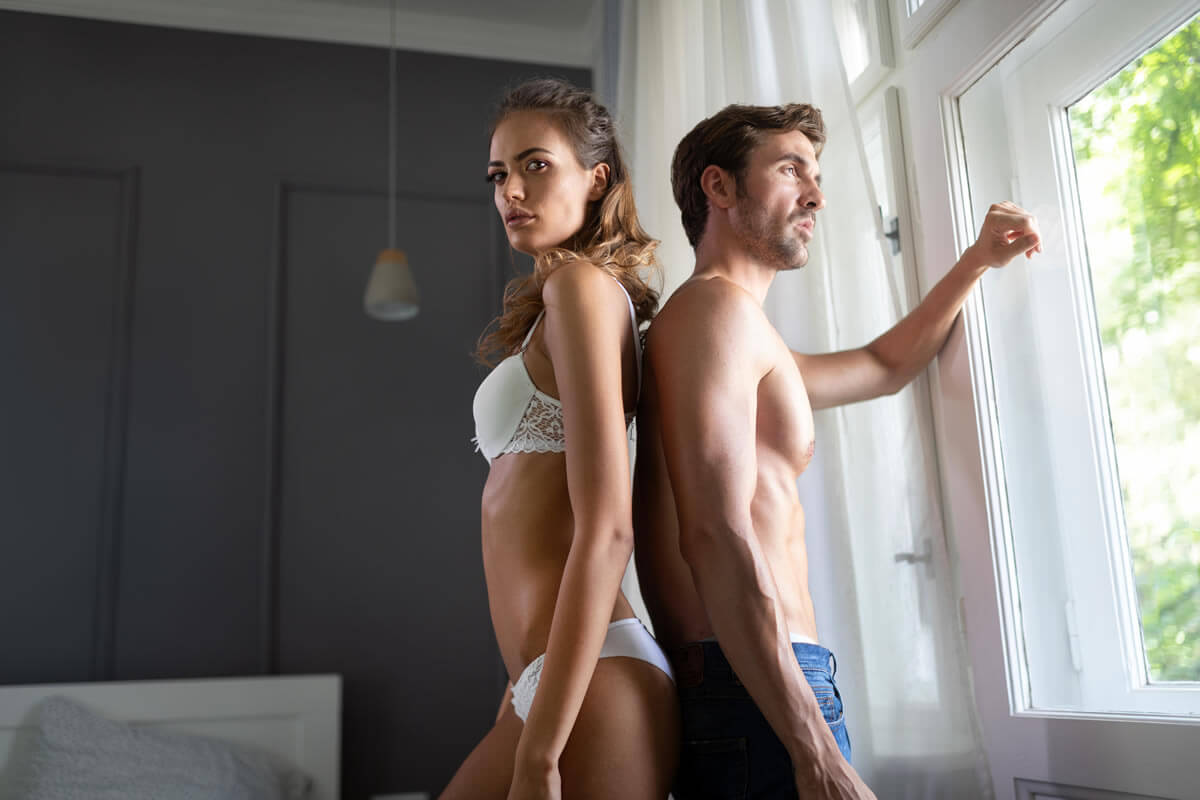 The Causes And Consequences Of A Sexless Marriage


Many couples aren’t having much sex, if any at all. According to the National Opinion Research Center, the percentage of American married couples who reported having sex two or three times per week plummeted from 43% in 1975 to 18% in 2004. And while it may seem that sexless marriages are more common than ever, they’re not. The divorce rate is just lower than it was back in the 1970s. Couples who don’t have sex simply choose to stay together and sleep in separate bedrooms, rather than get a divorce.

So, what causes this? Age plays a role: Some people lose interest in sex as they age, especially for women after menopause and for men when their testosterone levels decrease. Certain medications can kill your sex drive as well. An Indiana University survey found that one out of five Americans over 40 takes anti-depressants and anti-anxiety drugs that can lead to sexual dysfunction. However, the biggest cause of a lackluster sex life is stress. When we’re stressed at work or with our finances, the last thing on our minds is getting busy with our spouse.


A sexless marriage is not a good thing. It can be painful, and it can leave you feeling lonely. But it may not necessarily mean that there’s only one answer: divorce. It depends on what’s happening in your relationship and why you and your partner have stopped being intimate.

Some couples find that when they decide to live apart, their sex life improves. Maybe it’s because they feel less pressure or are more relaxed when they’re in separate spaces; maybe it’s because they want to show their partner that they still care about them; or maybe it’s because living apart means there’s no tension from feeling as though someone else “owns” or “controls” their space and time. Whatever the reason for this change, moving out of the same room can bring back some of that spark that was missing from your relationship.

The arrangement of living separately but remaining married can be beneficial for both parties.

Should You Stay Married But Sleep In Separate Bedrooms?


There are many reasons for couples to sleep in separate bedrooms: snoring, restless leg syndrome, different work schedules. But for those who have been married for a long time and have a sexless marriage, the question of what to do about their sleeping arrangements can be tricky. Some people say that it’s a slippery slope from separate bedrooms to divorce, while others say that it’s easier to keep a marriage together when you’re both getting some rest. So, who’s right?

As with so many things in life, the answer is: it depends. The fact is, some couples simply cannot live together without being intimate with each other—for them, separate bedrooms can be the first step toward total separation. But for others, it might actually be a way of keeping the marriage together. There are a number of reasons why a couple may not want to sleep together but still want to stay married: religious beliefs; kids who need two parents at home; shared finances or real estate; or just plain affection for your spouse despite the lack of physical attraction. For these couples, separate bedrooms might allow the relationship to remain intact while also letting each person get what he or she really needs—a good night’s sleep. 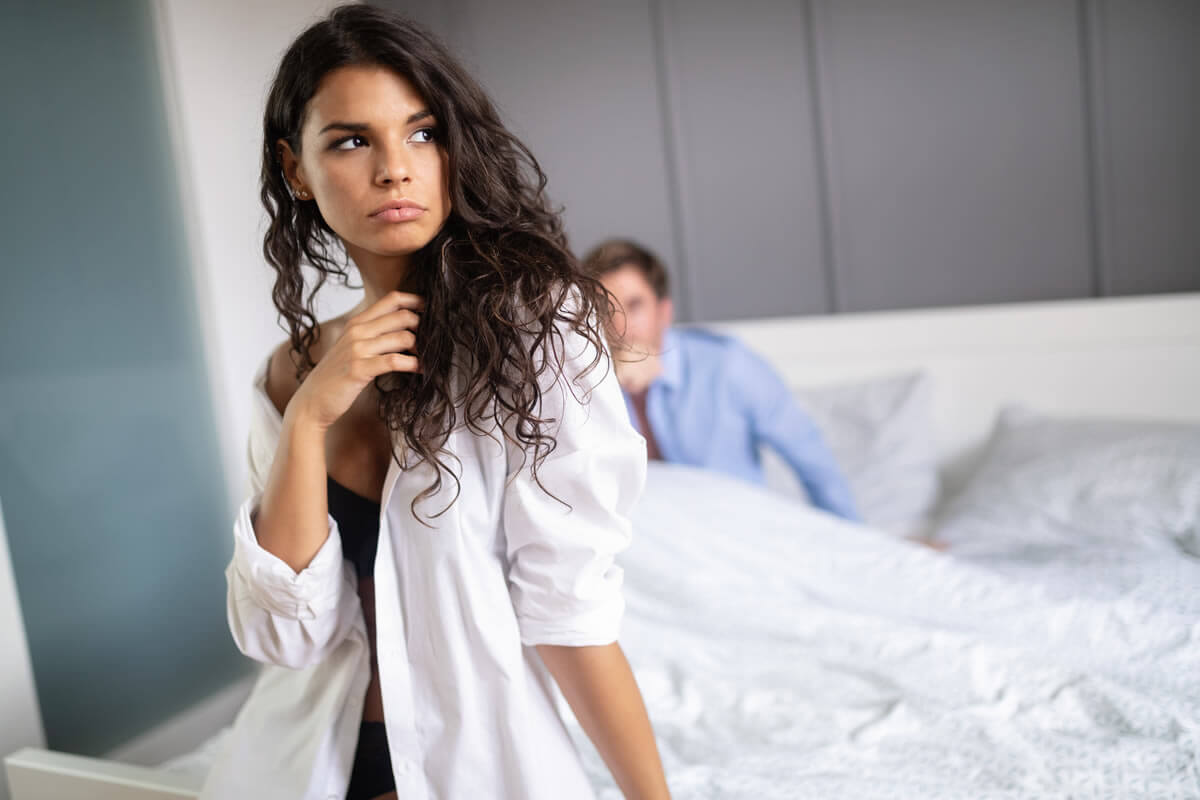 What Do You Do If Your Spouse Wants A Trial Separation?


If your spouse wants a trial separation, it’s time to sit down and have a serious talk about your marriage. It’s important to remember that this doesn’t necessarily mean he or she wants a divorce. Often, separating for a time can help you both figure out what you want and need in the relationship, and sometimes taking some time apart can be just what the two of you need to get back together stronger than ever. However, there are also times when a trial separation is the first step to filing for divorce.

If your spouse has asked for a trial separation, it’s vital that you don’t try to talk him or her into staying with you right now. If your spouse feels like he or she needs some space, you need to respect that—even if they’re not giving you any concrete answers as far as how long they want to be apart. Trying to force the issue or trying to guilt someone into staying won’t work; instead, it will only push them further away.

Once the two of you have agreed on a course of action (whether it’s living in separate bedrooms for a few weeks or moving out of the house temporarily), it’s important that you establish ground rules for seeing one another and for communicating.


When a couple has been married for quite a long time, one or both of the partners may want to try something different. You’ve probably heard about people having affairs when they were unhappy with their marriage and wanted to do something different. That’s not what this article is about. Let’s just say that you and your spouse are dealing with the problems in your marriage the best way you know how. Asking for help isn’t even an option because you feel like it’s nobody else’s business and don’t want to bother anybody else.

Addressing The Problem With Your Partner


One of the most important things couples learn to do is speak to one another in a respectful and constructive manner. Be proactive in addressing your partner’s personality quirks, as well as your own, by reminding yourself that you are both on the same team. If you’re unsure how to address an issue with your partner, try following these steps:

1.First and foremost, be prepared to listen. Both partners should have a chance to voice their concerns without interruption.

2.When it’s your turn to talk, speak respectfully and honestly about what is bothering you. For example, “I know this is going to sound harsh, but” or “I’m sorry I have to bring this up” will not only help you be more honest about an issue that may have been brewing for a while, but it will also make your partner more receptive to hearing what you have to say (even if they don’t agree with you).

3.Always keep an open mind when communicating with each other; even if there are hard feelings involved in the discussion at hand, it’s important for both of you to remain calm and objective in order to resolve any issues quickly and effectively before they escalate further into the relationship.

A Sexless Marriage Can Be Painful, But There Are Ways To Keep It Together

Sexless marriages can be incredibly painful, but there are ways to work through them.

A sexless marriage is defined as one where the couple has not had sex in the past year. The sex may have stopped for a number of reasons, including health problems and the stress of raising children.

The first step in fixing a sexless marriage is to talk about it. Talk to your spouse about what you are feeling and how you can fix it. There may be underlying issues that need to be worked out before you can move forward. For example, if your spouse feels uncomfortable with their body after having children, they may want to work out more or lose some weight before getting intimate again.

If you cannot fix your marriage on your own, then get help from a therapist or doctor. They may recommend that you try medication or therapy to see if that helps improve things for both of you. You may also want to consider going on dates with each other or trying new things together like taking classes together or going on weekend getaways without kids in tow so that things don’t feel like they’re always about them instead of having fun together too!

That’s all for now from the content of “Sexless Marriage: Advice for Couples Sleeping in Separate Bedrooms” prepared by Victoria Milan! If you are looking for more content like this, you can visit our blog and stay tuned. 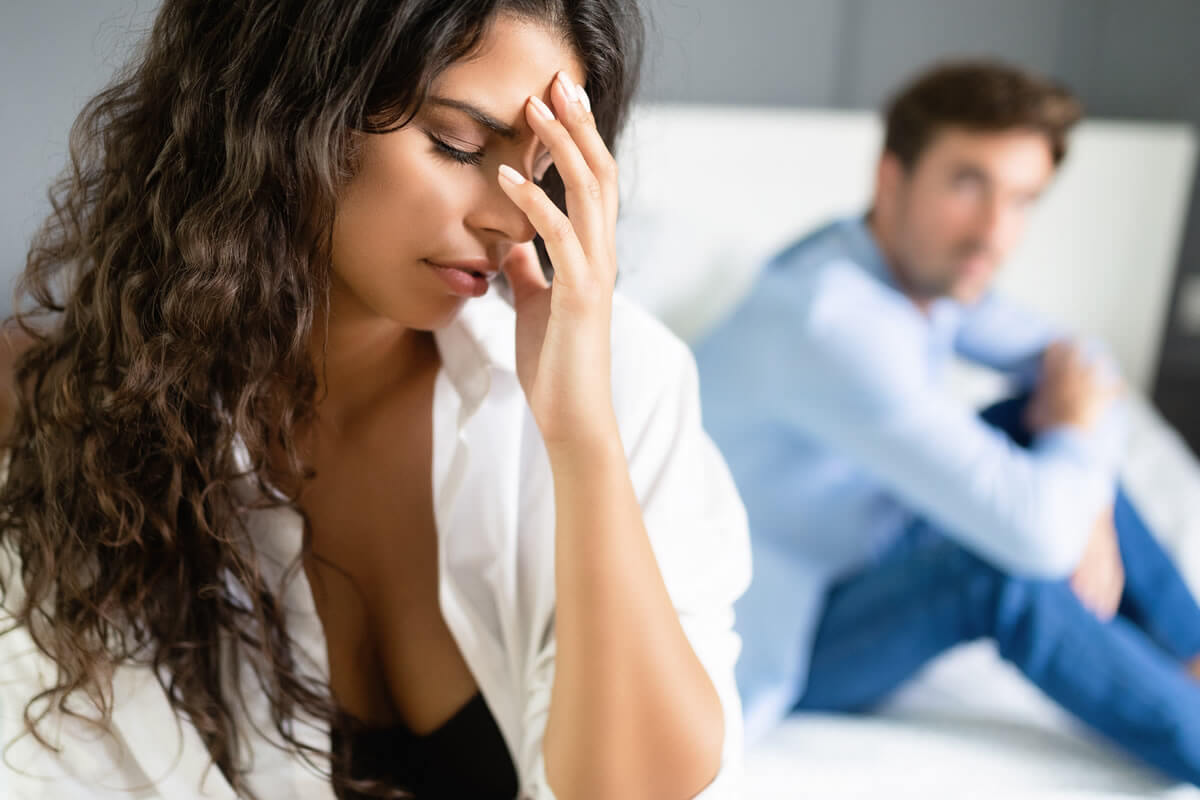 Is It Ok For Married Couples To Sleep In Separate Rooms?

The first thing you need to know is that sleeping apart from your spouse (or partner) is not necessarily a bad thing. In fact, if you’re a light sleeper who has trouble getting a restful night’s sleep because your partner snores loudly or moves around a lot, or if you have different sleep schedules so you’re constantly waking each other up, sleeping apart may make sense just for a little personal space.

What Happens When Couples Stop Sleeping Together?

When you stop having sex, your levels of oxytocin, the so-called “love hormone,” decrease—which in turn makes you feel more depressed. And less intimate touching and hugging eventually leads to a disconnect as well.

Why Does My Husband Sleep In A Separate Room?

The main reason couples choose to sleep in separate bedrooms is the desire to get better sleep, said Dr. Michael Breus, a clinical psychologist and diplomat of the American Board of Sleep Medicine who specializes in sleep disorders. Usually, one of the partners has a problem that prevents the other person from getting a good night’s rest. That could be snoring, sleep apnea, restless leg syndrome or insomnia. But sometimes couples have differences in bedtime schedules due to work or other obligations.

“It’s not uncommon for couples to have different sleeping schedules,” Breus said. “But when you’re sleeping together, there’s no way around it.”

In many cases, couples turn to separate bedrooms after years of trying other solutions to their sleeping problems, such as ear plugs or white noise machines to muffle snoring or medications for restless leg syndrome. 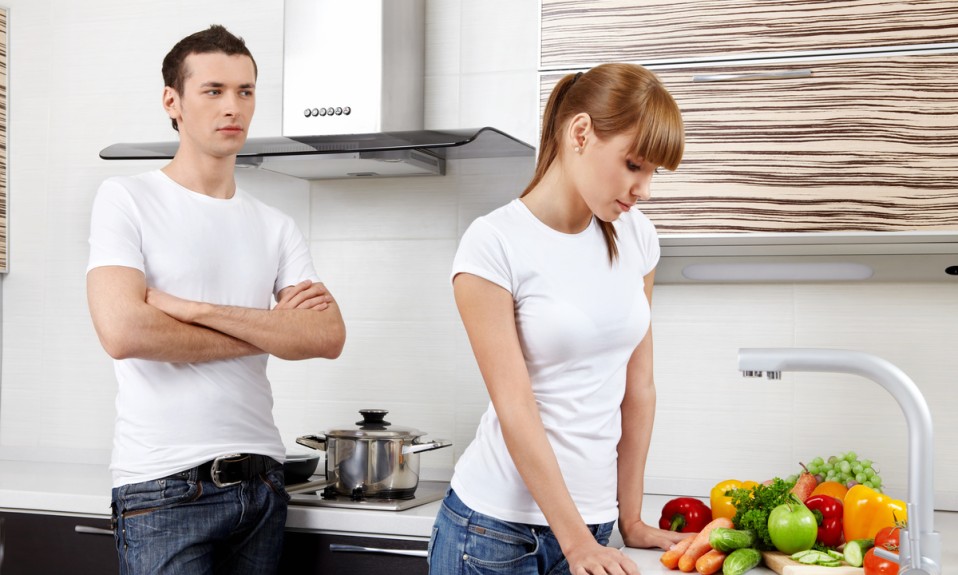 9 Dating Website for People Who Want a Sexless Relationship 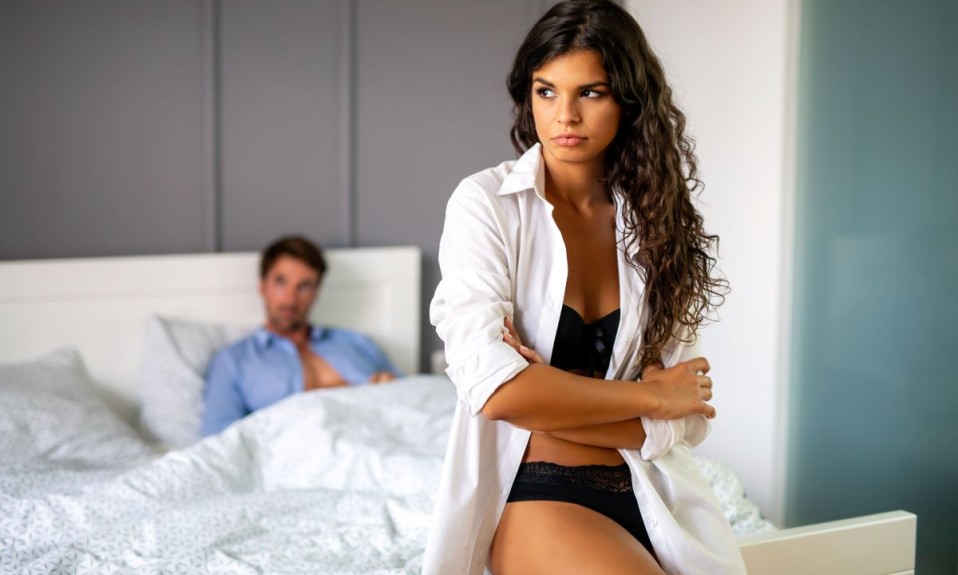 Sexless Relationship In Your 20’s (The Ultimate Guide) 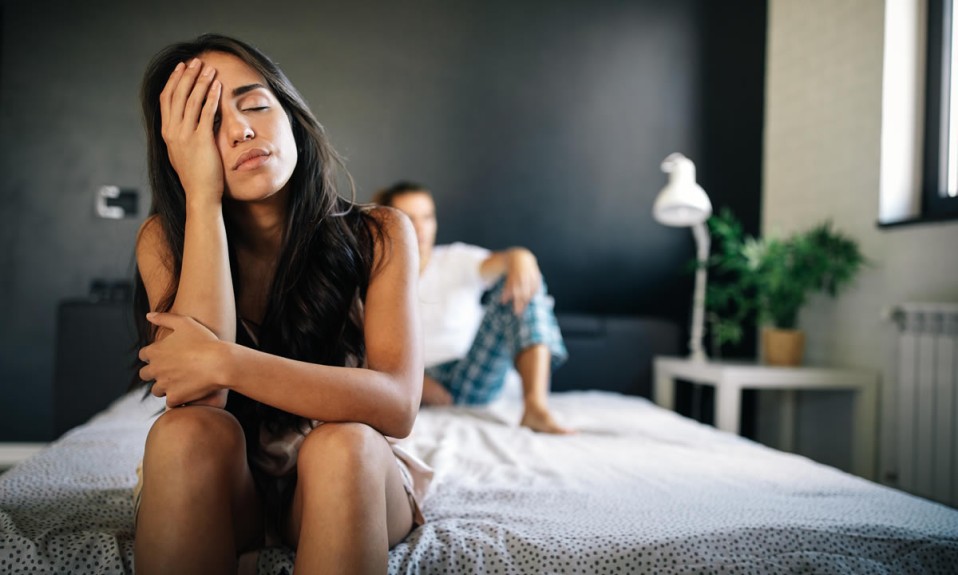 Aspergers And Sexless Marriage: What To Do? 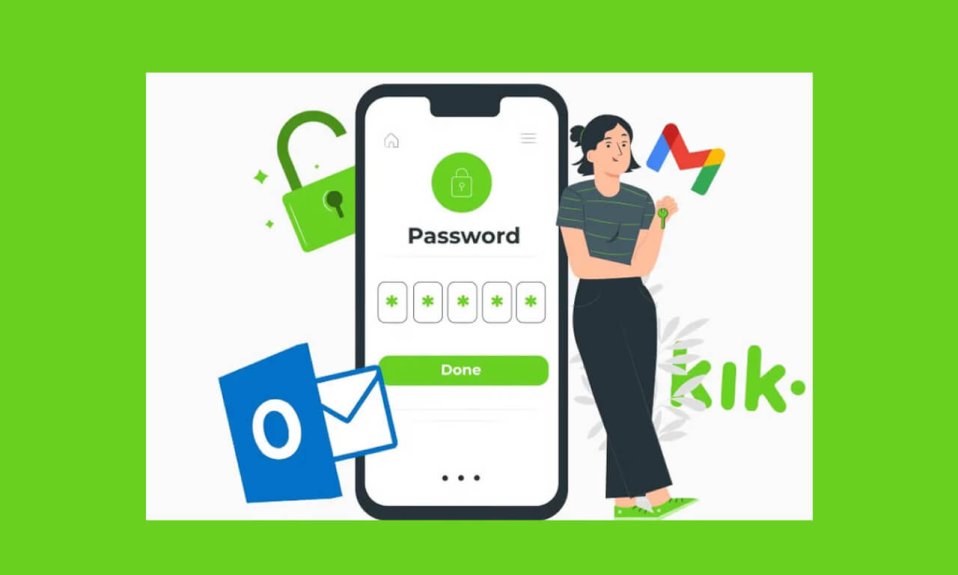